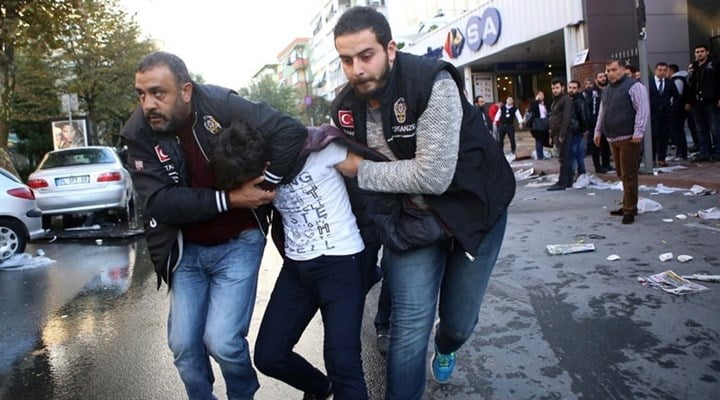 These politically-motivated actions by President Erdogan against respected media outlets are the latest in his series of efforts to silence free media in advance of November 1 election. Erdogan is openly abusing his position to oppress his people, eliminate freedom of speech and continue his vicious witch-hunt against anyone who stands up to his authoritarianism.

Such actions are typical of repressive regimes. They do not befit a country that is a NATO member and a candidate for membership in the European Union. We urge democratic countries and organizations to strongly condemn such efforts by the Erdogan regime to silence democratic dissent in preparation for upcoming November elections.

The facts are clear:

–        Koza Ipek is a financially sound group that has been one of the highest corporate taxpayers of the country.

–        The individuals assigned to oversee this transition ought to be independent bureaucrats. In this case, however, all the people assigned by the government to this operation are AKP loyalists. For instance the person heading the group leads the advertising department of the government’s official mouthpiece Sabah newspaper.

–        Koza Ipek’s media branches Bugun and Kanalturk are among the top ten news channels in the country. These are among the few channels on which representatives from opposition parties can appear.

Such open abuse of power contradicts the Turkish constitution, the European Convention on Human Rights to which Turkey is a signatory, and violates the core principles of free enterprise, free media and democracy.

Alliance for Shared Values is a non-profit that serves as a voice for dialogue organizations affiliated with Hizmet in the U.S. (also known as Gulen movement). The Alliance serves as a central source of information on Fethullah Gulen and Hizmet. For more information, please visit www.afsv.org.