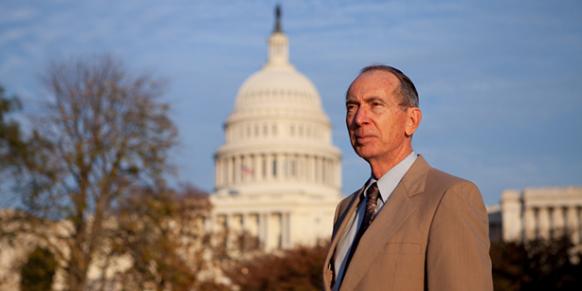 Kimse Yok Mu, which holds official UN consultative status and is Turkey’s largest global aid organization, has had many of its rights as a charity revoked by the ruling Justice and Development Party (AK Party) due its affiliation with the Hizmet Movement since corruption investigations became public on Dec. 17 and 25, 2013. President Recep Tayyip Erdoğan holds the Hizmet Movement, a grassroots social initiative known for its educational and cultural programs, responsible for the investigations, which implicated some of his inner political circle and family members.

In an interview with the private Cihan news agency, Shinn, a former US diplomat and professor of international affairs at George Washington University, said, “Unless there is proof that an organization has engaged in corruption or illegal activity or is totally incompetent, and I don’t believe this is the case with Kimse Yok Mu, any effort by a government to shut down a non-governmental organization will send a chilling message to similar organizations and those who benefitted from its efforts.”

Shinn, who served for 37 years in the US Foreign Service with assignments at embassies all over Africa, continued: “Most Africans perceive Kimse Yok Mu as a Turkish aid program, not a Hizmet or Gülen-affiliated program. When doing research in Africa, the comments that I heard about Kimse Yok Mu from both Africans and Hizmet representatives were universally positive. Its activities helped give Turkey a good image.”

The former US ambassador, who is also writing a book on the Hizmet Movement in Africa, went on to say, “If the government is trying to shut down the program, it would seem to send all the wrong signals to Africa and raise questions in the operations of other Turkish NGOs that provide assistance outside of Turkey.”

Kimse Yok Mu is the only aid organization in Turkey that holds UN Economic and Social Council (ECOSOC) special consultative status, and it developed internationally recognized relief programs in partnership with the United Nations Human Rights Council (UNHCR) in 2013. It was also granted the Turkish Grand National Assembly Outstanding Service Award in 2013.