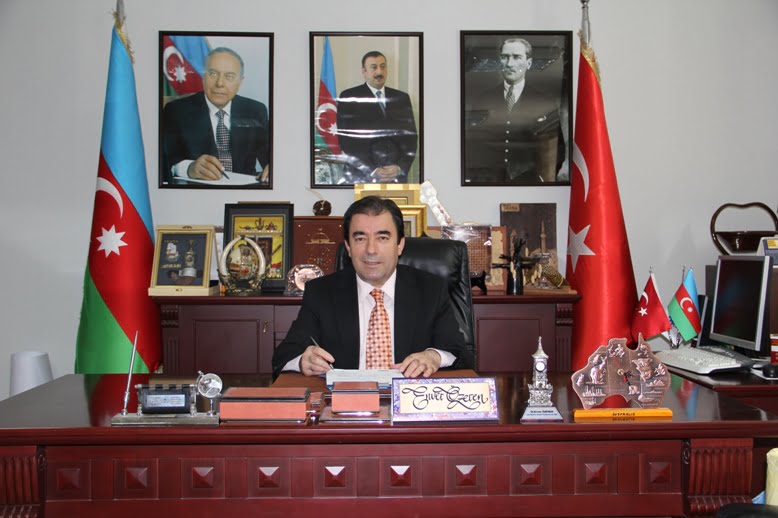 The education complex is a non-state company that is financed by SOCAR and the membership of Turkish schools, prep schools and a university in the complex is part of a deal signed between the Çağ Education Company and the oil company a year ago.

Khaliq Memmedov, SOCAR’s vice president, told the ANS TV network on Wednesday that with the latest expansion, 11 Turkish high schools, 13 Araz prep schools and Qafqaz University joined the educational complex. He said the primary aim of the expansion is to bring Azerbaijani education up to international standards.

With the accession of the Turkish schools into the SOCAR-sponsored educational institution, tuition fees at the schools and the university are expected to significantly decrease and become affordable for middle-income families.

Turkey’s pro-government media falsely portrayed the cooperation deal signed a year ago as though the Azerbaijani state had nationalized the schools, which is far from the reality.

Speaking to the press following the ceremony, Abdullayev stated that his company has been working together with the Çağ Education Company on numerous projects for a long time. He added that the cooperation agreement will allow both companies to undertake educational projects to international standards, which the country needs. Recalling that those who graduated from Çağ Educational Company schools are highly qualified, Abdullayev said they are planning to transfer this experience in education to the AUTM.

Memmedov, who also attended the signing ceremony last March, said their main goal is to enhance the financial strength of schools linked to the Çağ Education Company and benefit from their experience to provide better quality education for future generations.

In his speech, Özeren welcomed the opportunity to jointly work with SOCAR, and said educational success will be acquired under the umbrella of AUTM. Saying that they are closely following developments in education around the world, Özeren said the cooperation agreement will allow them to focus on new projects.

Last week, an Azerbaijani website published a letter allegedly written to Turkish Islamic scholar Fethullah Gülen by Özeren that included claims about shady activities of the company in Azerbaijan. In a press conference, Özeren rejected the letter, saying that the letter was fabricated. The letter was widely cited by pro-government media in Turkey.

Özeren stated at the news conference that media outlets should not believe such campaigns that spread “lies and slander.” Özeren said the company has already filed a complaint regarding the fabricated letter and launched a legal battle against the defamation campaign.

The name of Gülen in the letter was misspelled, indicating that the letter was fake. The text, written in Turkish, also included many errors that characterize a text written by a native Azerbaijani speaker.