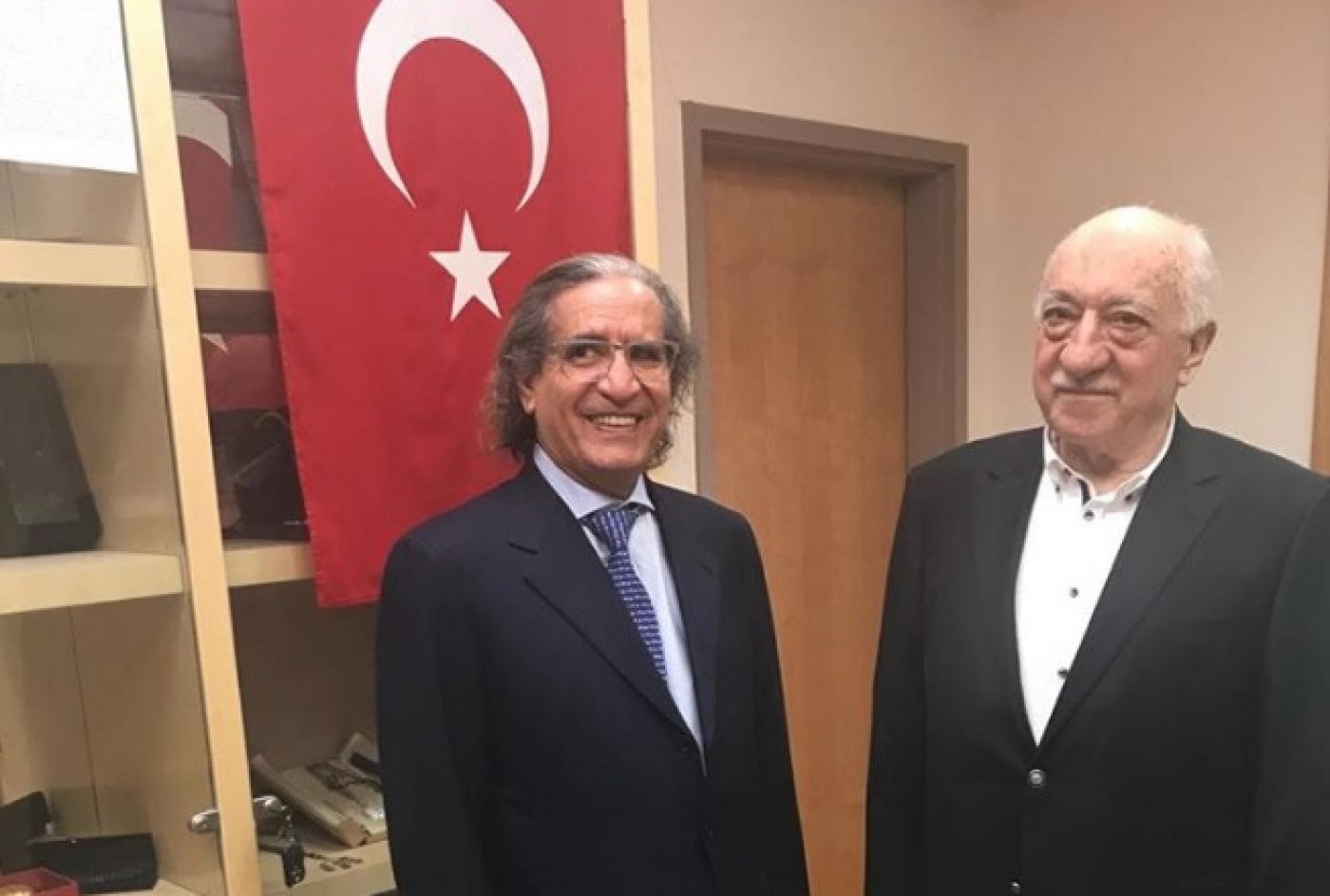 A renowned Saudi journalist visited US-based Turkish cleric Fethullah Gulen at his home in Pennsylvania last week, in a show of solidarity with the man accused by Turkey of instigating the failed 15 July coup.

The reclusive preacher, who lives in a tiny town in the Pocono mountains of the US state of Pennsylvania, denies having any role in the putsch and said at the time that he condemned the coup “in the strongest terms”.

Following the visit, Omeir said in tweet: “I spent four hours in the home of the Turkish Islamic leader Fethullah Gulen in Pennsylvania.

“We had a very interesting discussion, here in his simple bedroom where we can see placed around him books and a copy of Quran.”

Omeir published a short video of himself and Gulen standing with the Turkish flag in the background.

Commenting on the video, Omeir said he preferred to stand next to the Turkish flag because “Gulen is not a religious leader, but an influential nationalist in Turkey.”

No details of the interview were published afterwards, however.

Translation: Does this visit have anything to do with the weakening of ties between Turkey and Saudi Arabia?

Translation: Othman al-Omeir (known for being close to the palace) visits Gulen, the man behind the failed coup. A clear message from Salman to Turkey.

Translation: Othman al-Omeir’s visit to Gulen, a man close to the UAE, bolsters accusations that the UAE was behind the coup in Turkey.

A Turkish journalist known for his close ties to the government accused the UAE in June of channelling around $3bn to coup plotters. Mehmet Acet, the Ankara bureau chief of pro-government broadcaster Kanal 7, based his claims on remarks attributed to the Turkish foreign minister, Mevlut Cavusoglu, about six months ago at an invitation-only panel in Istanbul.

Ankara has stood in support of Qatar during the escalating Gulf crisis, rejecting Saudi demands to close a Turkish military base in the emirate.

On 5 June, Saudi Arabia and the UAE led a severing of all links with Qatar for allegedly supporting groups, including some backed by Iran, “that aim to destabilise the region”. Egypt, Bahrain and other allies followed.