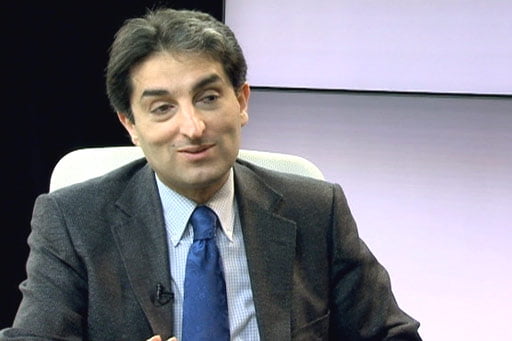 Amid strong efforts by President Recep Tayyip Erdoğan to declare him a terrorist, Fethullah Gülen addressed the United Nations on Oct. 24.

Gülen inaugurated the conference, which was held in the building where 70 percent of the UN’s activities are held, where more than 9,500 UN staff work and 176 out of 193 UN members are represented by ambassadors. Gülen was not there physically, but the hall was packed when his message was read aloud by German historian and journalist Jochen Thies.

Pro-government figures reportedly approached some of these renowned individuals and asked them not to attend a program sponsored by the Hizmet movement, which they argued was working to serve the interests of the CIA. One of the participants sarcastically responded that he had thought they were working for the Mossad. In any case, that person attended the meeting, suggesting that the pro-government figure’s argument was not convincing.

Daniel Hyslop, one of the researchers at the Institute of Economics and Peace in Australia, made a striking analysis at the peace summit. The institute, trying to measure peace, identified eight elements for a peaceful society. Their research indicates that for a peaceful society, it is necessary to have a low level of corruption, a high level of education, free movement of information, good relations with neighbors, recognition of the rights of others, fair distribution of resources, provision of safe work environments and a well-operating bureaucracy. All these elements are interlinked and they mutually affect each other.

Now let us try to measure Turkey’s performance based on these criteria. It would be unnecessary to make any analysis on the level of corruption. So let us skip this element. When it comes to the issue of a high level of education, it is obvious that Turkey is doing poorly in this field despite numerous educational reforms. It is sufficient to take a look at what has been happening to journalists, who have been fired and intimidated, to measure Turkey’s performance in the field of free movement of information. Good relations with the neighbors are also not fulfilled by Turkey, which is far away from fulfilling its goal of “zero problems with neighbors.” It is not possible to argue that there is a safe work environment in Turkey given that the president made grave statements against Bank Asya and that scores of workers have died in jobsite accidents.

If we consider all these standards and criteria, we would conclude that Turkey should be worried about attaining peace. Turkey is becoming a country that suffers from a lack of peace and domestic tranquility.

The Institute for Economics and Peace (IEP) has drafted a global peace report based on 22 variables defined out of these eight peace elements. Turkey is ranked 128th out of 162 countries in this index; Angola, Cameroon, Congo, Mauritania, Honduras, Guatemala and Ecuador are doing better than Turkey.

We should congratulate the GYV for organizing this peace conference despite the fact that the government has mobilized its resources to declare the GYV as a center of terrorism. I am surprised that the pro-government media has not yet made a report that reads as follows: “Parallel UN: Terrorists hold peace conference.”