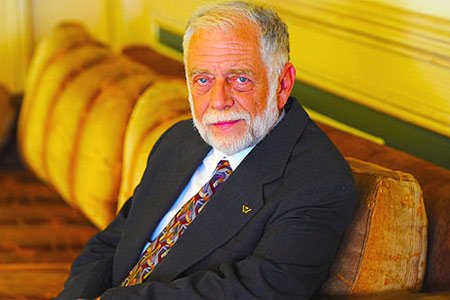 Much of what Dan Bilefsky and Şebnem Arsu’s recent article in the International Herald Tribune (“Shadow Force Grows in Turkey,” published on April 18 describes about Fethullah Gülen and Turkey’s recent history is accurate, but the authors cast a shadow of innuendo and loose conclusions, apparently more driven by personal predispositions than reality.

The attack on the Gülen movement (aka Hizmet movement) is disingenuous, especially the oft-repeated but never proven claim that Gülen supporters have infiltrated the national police for some perfidious purpose. Surely, there are Gülen followers in the police, just as there are Catholics in American police forces. But attributing an unfounded agenda is unworthy without evidence. It is equally unworthy to create a fact by innuendo by reporting an American embassy cable that whether the national police is controlled by Gülen followers ”is impossible to confirm, but we have found no one who disputes it.” How can the lack of confirmation become a fact? I recently published a book on the eight-year political trial of Gülen, 2000-2008. One of the charges against him involved the police infiltration allegation, and many others, some of which your article re-plays (such as the Islamist “hidden agenda”). The three-judge trial court painstakingly discredited each charge in a 48-page opinion, and acquitted him. An appellate panel upheld the verdict, as did the plenary appeals court. This was a courageous decision by the trial judges, who are appointed by an arm of the state because the message to convict Gülen was clear.

In fact, the judges ruled that the taped sermon of Gülen to which the article refers was fabricated, not “manipulated,” as the article puts it. It was a splice job. The court opinions in English and Turkish are posted on the website associated with my book: http://gulentrial.org/. They were easily available to the article’s authors.

Why the article ignores the gist of this trial is a mystery. Maybe because it runs contrary to its thesis. The article also ignores that Gülen folks strongly supported the recent constitutional amendments of Sept. 12, 2010, which generally are what we would consider a civil liberties Bill of Rights.  Seventy-four percent of the people voted in the referendum and approved the amendments by a 58 percent margin.

It’s impossible to see how the current Ergenekon and Sledgehammer conspiracy trials, overreaching at times to be sure, can be attributed in part to the Gülen movement since the prosecutors and judges in those cases were appointed by the Supreme Council of Judges and Prosecutors (HSYK), a self-selecting and self-perpetuating institution, which historically has functioned as a “border watchdog” against “non-approved” political change. The fact this institutional organ is prosecuting military officers is a significant development, something that could not have happened a few years ago — and in sync with the European Union’s mandate that Turkey establish civilian control over the military, if it wants to enter the EU. The Gülen folks may support the prosecutions, as do most Turks; but they hardly control it.

Another critical fact the article omits is that Zaman newspaper, which associates itself with Gülen supporters, has been very sharply critical of Prime Minister Recep Tayyip Erdoğan for his handling of free speech and free press issues and other human rights matters. Zaman columnists have repeatedly decried jailing journalists, even if they were involved in Egenekon.

Nor does the article mention the Gülen movement has strongly supported EU membership from the beginning, which means assuring civil liberty, changing the legal system to European standards and separation of the secular state from religion. Hardly what one would expect from a group with a supposed Islamist agenda.

I’m no apologist for the movement; but, in my view, it has been good overall for democracy in Turkey and has done good things in other parts of the world. And, for a journalist, what’s fair should be fairly reported.

*Harrington is a human rights lawyer in Austin, where he also teaches at the University of Texas Law School.  He is the author of “Wrestling with Free Speech, Religious Freedom, and Democracy in Turkey: The Political Trials and Times of Fethullah Gülen” (University Press, 2011). The court opinions in English and Turkish are posted on the website associated with the book: http://gulentrial.org/.