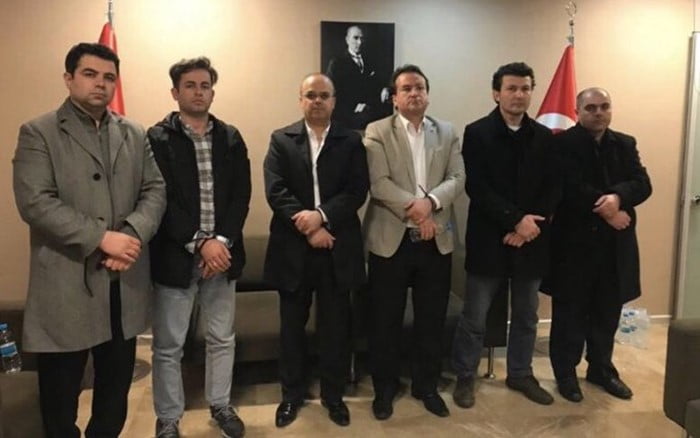 Kosovo’s Special Prosecution has confirmed to have received a criminal report against 22 police officers who were involved in the arrest and deportation of six Turkish nationals in March 2018 suspected of their alleged links with Fethullah Gulen’s movement, whom Turkey accuses of attempted coup in 2016.

The Special Prosecution of the Republic of Kosovo (SPRK) confirmed to Radio Free Europe that they have received the criminal report from the Police Inspectorate of Kosovo (PIK). “The SPRK has received a criminal report lodged by the Police Inspectorate of Kosovo against 22 suspects, whereas we are investigating also other people related to this case,” said Ekrem Lutfiu, spokesperson to the SPRK. The State Prosecution Office has launched an investigation into the so called “Gulenists” case after a Parliament’s inquiry committee found that authorities have violated laws during the arrest and deportation of the six Turkish men in March 2018. The commission found that most of the breaches were committed by the Kosovo Police and the Kosovo Intelligence Agency.

After the arrest of Turkish men in March 2018 the then prime minister Ramush Haradinaj said that he was not informed of the operation and as a result he dismissed his minister of interior and chief of the intelligence agency. /GazetaExpress/

A 15-month-old baby with Down syndrome, Ayşe Sena Bunlu, has been suffering from serious health problems ever since her parents, both of whom are police officers, were purged from their posts and jailed in the aftermath of a failed coup attempt in Turkey on July 15, according to a story in the Tr724 news portal on Friday.