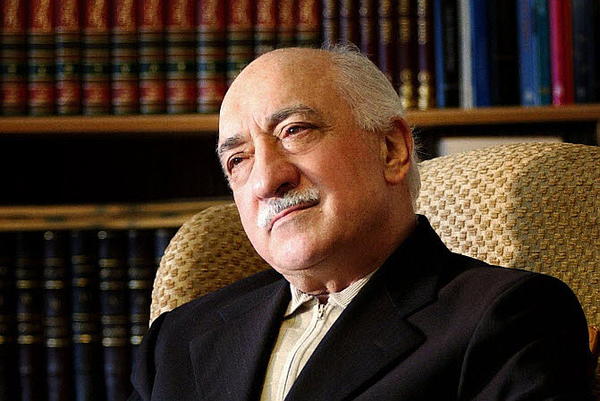 ANKARA
Nurullah Albayrak, lawyer for Turkish Islamic scholar Fethullah Gülen, has said that there is no criminal investigation, pending prosecution or any other judicial process ongoing in Turkey related to his client, refuting claims raised once again by Prime Minister Recep Tayyip Erdoğan about Gülen’s possible extradition from the US, where he now lives.“There is neither an investigation nor an arrest warrant for my client, as far as we know,” Albayrak told Today’s Zaman, questioning the legal basis on which the government is asking the US administration to extradite Gülen.

He also noted that as an arrest warrant must be issued by a judge, it will be a matter of public record.

Albayrak’s explanation came as a response to Erdoğan’s remarks in an interview with American public television station PBS host Charlie Rose broadcast in the US on Monday night, during which Erdoğan said the US should extradite Gülen.

When Rose asked Erdoğan if he thinks the US will comply with Turkey’s request for extradition, Erdoğan said he hopes to see that happen. The prime minister then quickly added that the US should at least deport him.

Erdoğan acknowledged that the Islamic scholar has permanent legal residency in the US by virtue of what is known of as a “green card,” which also gives Gülen legal rights in the US. The prime minister also pointed out that his government had cancelled Gülen’s Turkish passport, but did not mention the type of passport or the reason for the cancellation.

In March, the governor’s office of the eastern province of Erzurum cancelled Gülen’s green passport, citing some alleged irregularities in the way it was obtained.

Turkey’s green passport is a special passport that allows the bearer to travel visa-free to certain countries.

Gülen, who resigned from the Directorate of Religious Affairs (DİB) as a state religious official and preacher in 1981, applied for and received a green passport in 1991.

Gülen’s attorney said that the decision to cancel the scholar’s passport was politically motivated and has no legal basis. He said Gülen was granted a green passport after submitting his application to the relevant authorities following the adoption of Article 4 of Law No. 5682, which grants certain state officials and retired or resigned public servants the right to apply for a green passport.

As a Turkish citizen, Gülen should still qualify to obtain an ordinary Turkish passport, however.

The decision to revoke the Turkish green passport came after Prime Minister Erdoğan escalated his confrontational rhetoric directed at the Hizmet movement inspired by Gülen, accusing the Islamic scholar of plotting to unseat him, a claim which has been firmly and repeatedly denied by Gülen.

In the PBS interview, Erdoğan also claimed that Gülen may pose a security risk to the United States.

“These elements that threaten Turkey’s national security cannot be permitted to remain in other countries either, because what they do to us here, they might do to their host,” Erdogan told Rose.

On Tuesday, when asked by a reporter after the ruling party parliamentary group meeting if a formal process will started to seek Gülen’s extradition from the United States, Erdogan replied, “Yes, it will begin.”

Gülen’s lawyer Albayrak, however, said that Erdoğan’s remarks should be seen as an attempt to influence any future trial process that may involve his client by putting pressure on judges and prosecutors. “Even if there is a court decision to extradite Gülen in the future, this should be communicated through the Justice Ministry to the US authorities,” he said, adding that the US courts will review such a request should one ever be made officially.

The US can extradite green card holders to their countries of origin in cases where the act that formed the basis of the request is considered a crime under the laws of both the US and the requesting country, if the offense is not a political one, there are no concerns about a fair trial and the political authority agrees to do so. Given these conditions, however, it’s almost certain that any request from the Turkish government for Gülen to be extradited will be denied.

Unusual rebuke from the White House

This was not the first time that Erdoğan raised the issue of extradition. Speaking on Turkish TV in March, Erdoğan said that during a phone call with US President Barack Obama on Feb. 19 he asked for Gülen to be extradited because he represents a threat to Turkey’s national security. Erdoğan claimed that Obama had viewed this request “positively” and replied by saying, “I got the message.”

In an unusual statement, the White House then accused Prime Minister Erdoğan of misrepresenting the content of the phone conversation with Obama.

“The response attributed to President Obama with regard to Mr. Gülen is not accurate,” the White House said in an e-mailed statement to various press organizations, including Today’s Zaman, in March. The statement marks a first in Turkish-American relations, as a flat denial of the Turkish prime minister’s version of events.

After a corruption and bribery investigation became public on Dec. 17 of last year, some 50 people were detained, the including sons of three then-Cabinet ministers and several high-profile businesspeople and allegations arose that several other government officials were also involved in illegal activity. Shortly after a reshuffle of his Cabinet, Erdoğan also reassigned the prosecutors assigned to the graft investigation and thousands of police officers and others, claiming that they were under the control of Gülen and trying to create a “state within a state” and topple his government.

“In that February 19 call, the President noted the importance of sound policies rooted in the rule of law, as well as the importance of mutually respectful relations between our countries. Our commitment to working together with Turkey, particularly on a variety of regional issues of mutual interest, continues,” the White House statement continued.

In his Turkish TV appearance last month, Erdoğan said: “I discussed these issues [Gülen] with President Obama. I told him that the source of my country’s discomfort lies there [in the US] and I am expecting you to do whatever is necessary. I said, ‘I ask for your help, just like you for ask my help whenever some people [in Turkey] threaten the US’s internal security.’ And he [Obama] looked on it positively, and he said ‘I got your message.’”

“No one in Washington denies that Erdoğan, during a phone conversation with Obama, demanded the extradition of Gülen to Turkey. But what has surprised Americans is that the prime minister is keeping the extradition issue on the national agenda, even though US authorities have told him that the extradition demand is not a good idea and that the Turkish government would not be able to get what it wants,” said Ali H. Aslan, the Zaman daily’s bureau chief in Washington.

“What is even more surprising is the prime minister’s claim that Obama is warm to the demand for extradition. Americans cannot believe how the Turkish prime minister tried to misinform his people about a conversation he had with the US president,” he added.

Aslan reported that according to sources in Washington, Obama clearly said that the US does not want to be involved in this issue, but the prime minister kept up his complaints, and when Erdoğan finished talking, Obama said, “I got your message,” not as an indication of support, but rather as a firm suggestion that he needn’t continue.

“Observers in Washington do not see Obama’s remarks as a ‘green light’ for the extradition of Gülen. The fact that Prime Minister Erdoğan keeps bringing up the Gülen issue and is even claiming that Obama is open to the scholar’s extradition is very disturbing to the US administration,” said Aslan.

According to a diplomatic source who spoke to Today’s Zaman on the condition of anonymity, there is no legal basis to extradite Gülen because there is no legal evidence suggesting that Gülen’s supporters are “a state within a state” or a threat to national security.

The Treaty on Extradition and Mutual Assistance in Criminal Matters between the United States of America and the Republic of Turkey determines the legal basis for extraditions either from Turkey to US or vice versa, and the Turkish government is required to provide tangible evidence against Gülen in order to have him extradited.

The diplomatic source said it is puzzling that the Turkish prime minister would bring the issue up again when Turkish officials had seemed to understand the US position on Gülen — namely, that there is no legal basis for extradition — when the issue was discussed by Turkish and US officials even before the Erdoğan-Obama phone conversation.