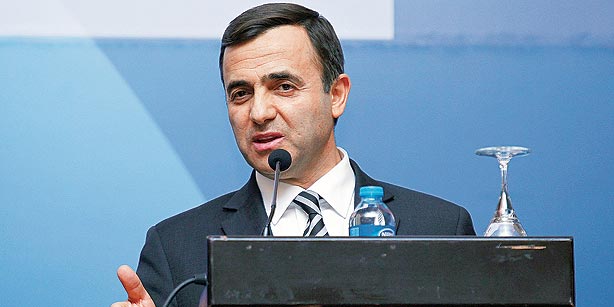 The volume of trade between Nigeria and Turkey increased by 95 percent within four years, a Turkish industrialist has said.

Speaking to some Nigerian journalists in Istanbul, the President of Confederation of Businessmen and Industrialists of Turkey, (TUSKON) Mr Rizanur Meral said in 2008 total trade volumes between the two countries was $802million but risen to about $1.5billion(N250 billion) in 2012.

Nigeria export to Turkey was $522m and imported goods worth $280 million from Turkey within the years, he said.

But he said Nigeria exports increased to $1.124 billion in 2012 and imported goods and services worth $439m in the same year.

He said the increase was due to awareness created by his association for the businessmen in the two countries through organizing seminars and business to business meetings.

He said within the period, goods such as leather, sesame seeds, furniture, aluminum, building materials, cocoa, rubber and oil and gas resources, fish, iron and steel, babies diapers, textile among others dominated the transaction.

According to him, if the 2013 trade volumes’ figures are released they will be more than the 2012’s.

Also speaking, the president of the Association of Businesspeople And Investors of Nigeria and Turkey (ABINAT) Yavuz Zemheri said the relationship is not only to import goods between the two countries but to exchange manpower and export businessmen and women for the two countries. Zemheri said ABINAT is working to establish businesses that would transfer technologies to Nigerian Small and Medium Enterprises in the areas of building materials, agriculture and household materials.

He said their intervention has facilitated business trips and meetings with an average of about 300 people annually in the last three years between the two countries.