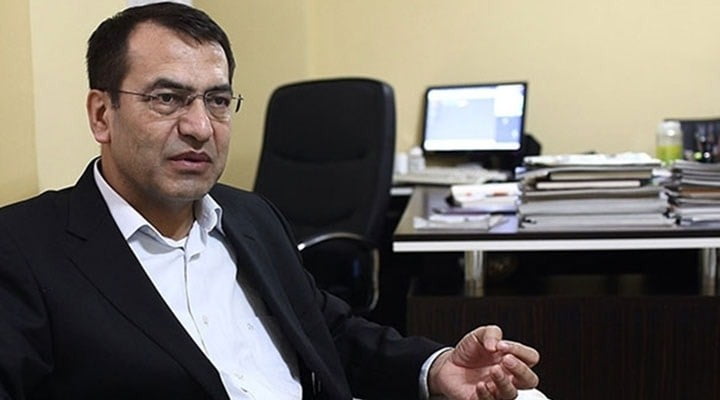 The Turkish schools abroad should top the list of the global brands Turkey has produced. It’s not easy for a brand to make a name for itself. Sustainability matters as much as other qualifications do. There have been so many enterprises that started to fade from the very beginning.

In this respect, the Turkish schools have been our international brand that keeps the bar highest in their work all the time. I visited these schools in at least 20 countries out of 50 I have been to so far.

I have seen schools in different continents having students from different colors. Continents, colors or schools may vary but what remains the same in all these schools is their teachers’ attitude. They all have the same attitude, same excitement and same selflessness in common.

You can mobilize people for a certain target for personal interests in return. You can move them to a certain place. You can even get them endure possible sufferings for a while. But you cannot get them depart for a journey which promises no worldly gains.

I go cold all over when I think about what the first Turks to arrive in the remote corners of the Black Continent 15-20 years ago might have experienced. Can you imagine that, though still students, they left for a country that they had never heard of before in order to establish schools?

Personally, there would be no way that anyone can make me start such a journey. So, I compare these pioneers to the forerunner warriors we had in the past.

Those seeds planted years ago have now grown into trees already yielding fruits in some of the countries.

They have grown so much so that they now reach for rescue of the Turkish Olympics, which is the schools’ byproduct, banned in its home country.

The Turkish government earlier closed public venues’ doors to the contests. Some municipalities belonging to the opposition parties, on the other hand, were said to have opened their places. Yet, the organizing committee of the event chose to hold the contest at various locations around the world, for the fear that tension rises and something bad might happen to the participant some thousand students.

As is known, the events have been held under the title “International Language and Culture Festival’ for two years. This year, it is entitled “Converging Hearts and Language of Colors.” And Ethiopia was chosen as the host country. Regarding the reason why Ethiopia, the organizer TurkceDer Secretary General Ali Ursavas said because the country hosts the African Union, uniting 52 countries in Africa. Another thing I learned from Ursavas is that some 70 thousand students annually, at the schools in multiple countries around the world, compete to participate in the contest. And participation is allowed only once.

Though popularly knows a singing contest, the event features various activities. The idea is to get the students compete in Turkish language and culture, which happen to be their common grounds.

The venue was as symbolic as the country itself. It was held at a glorious venue in the African Union’s capital city Addis Ababa. 90 students from 27 students came together here.

Having gathered around the Turkish language, the students displayed their talents in their common language.

Despite the power cut during a folk dance performance involving some 30 students, the team didn’t mind it and kept dancing just like professional dancers of would do. They continued their dance without music under the dim light. Later at their third attempt, the team was able to give their performance with no interruption.

Although the sadness of having the event in exile was felt among both the organizers and audience, the students’ performances immediately took it all away.

Dr. Aisha Abdullahi, speaking on behalf of the African Union Chair Nkosazana Dlamini Zuma, got emotional his address on contributions of the schools to Africa. His voice and hands trembled with emotion.

Similarly, the Ethiopian foreign affairs minister’s words on Turkish schools were notable. The minister said teachers at these schools arrived in and served the country when it was going through hardest times. He also said these schools today educate the most successful students in the country.

After Addis Ababa, next venues of 12th Language and Culture Festivals will be

Finally, that some people didn’t want it in Turkey will earn the event a brand new dimension. I can assure you that.

Although Gulen was Erdogan’s principle ally in clipping the wings of the staunchly secularist Turkish military, he quickly became his nemesis and thousands of policemen, and prosecutors accused of being Gulen followers were dismissed or displaced in what amounted to a sweeping political pogrom.