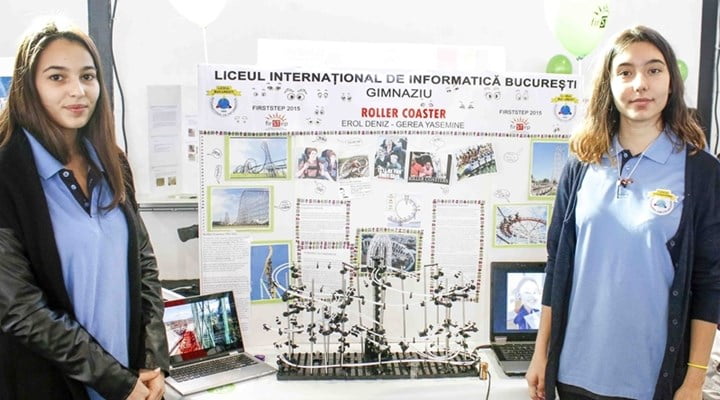 With a high number of successful projects on display, the experts forming the jury had a tough time picking the winners. A total of 75 students received awards, worth € 8.000 each.

One notable contestant was, Yasemin Gerea, the daughter of Romanian Economy Minister Andrei Gerea, who along with her friend Deniz Erol represented their model rollercoaster in the competition.

Expressing that they have prepared their project by spending 5 to 6 hours in a day, Yasemin Gerea said “We wanted people to know more about internal structure of a roller coaster. The project costs €40.”

Attending prize-giving ceremony, Andrei Gerea congratulated Turkish schools for their contribution to Romania’s education system. “It should not be forgotten that education is the guarantee of future and the base of innovations of our life, which make easier,” she added.

The successful projects succeed in the competition will represent Romania in an international science and technology competition.

Phnom Penh’s Turkish-run Zaman International School and its affiliated university have come under fire in the wake of a thwarted coup attempt in Turkey on Friday night, with Turkish authorities now hunting down supporters of Mr. Gulen around the world.