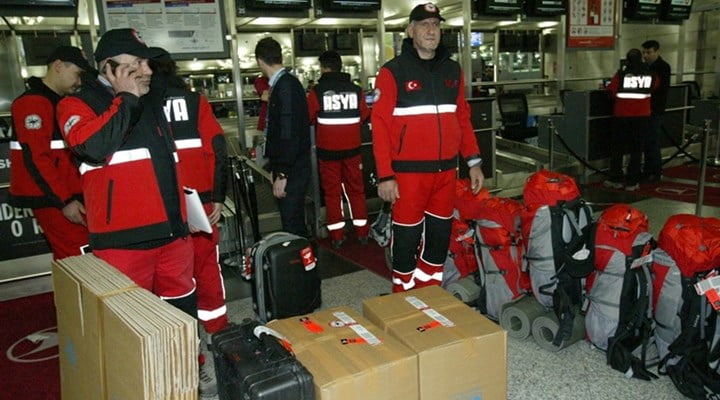 Nepal was struck by a 7.9-magnitude earthquake on Saturday with the death toll reaching 2,200 and still on the rise. The tragedy has prompted Turkish humanitarian aid group Kimse Yok Mu to offer assistance for the victims.

Operating in the name of Kimse Yok Mu, the 12-member Asian Search and Rescue Team left for the quake-stricken country on Sunday, and will be travelling through Malaysia and is expected to reach its destination Sunday evening. The fully-equipped team will carry out search and rescue operations and distribute aid in the region for at least 10 days, and will later be joined by a team of paramedics and psychologists.

In addition to the search and rescue team, the organization has also pledged TRY 100,000 in disaster relief. Kimse Yok Mu chairman İsmail Cingöz announced on Twitter on Sunday that the pledged money will go towards buying medical supplies and food to help the disaster’s victims.