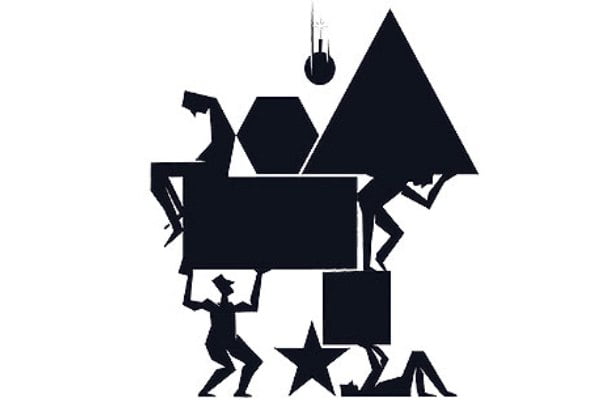 In his recent article in Der Spiegel, Maximilian Popp tries to analyze recent tension between the Hizmet movement and the Justice and Development Party (AK Party) in Turkey.

There are a number of problems in the article, however, and for this column I would like to focus on the following point. In the article he argues the following: “Among other things, the two camps are at odds over how to deal with the Kurds. Turkish intelligence chief Hakan Fidan led secret peace negotiations on the behalf of the prime minister with the Kurdish separatist Kurdistan Workers’ Party (PKK). Gülen, however, called on the Turkish military in a video message to attack Kurdish separatists: ‘Locate them, surround them, smash their units, let fire rain down on their houses, cover their wailing with still more cries of pain,’ he said.”

First things first, the quote above suggests that while the Turkish government is seeking a conciliatory approach, Gülen, on the other hand, is propagating a violent, hard-nosed, security-focused approach by calling on the Turkish military to attack Kurdish separatists. This is completely untrue and the quote is completely out of context. In the video message quoted above, Gülen spends 45 minutes explaining that the Kurdish issue requires a holistic, empathetic, humanitarian and compassionate approach, based on providing the Kurdish people with their inalienable human and cultural rights. He explains that the problem is not economic or security-focused, that it is much deeper and more expansive than that.

In the same video he criticizes the government by saying that such a problem could have been resolved in the last 10 years and that saying “I hurt” over this problem (a reference to one of Prime Minister Recep Tayyip Erdoğan’s speeches) while not truly feeling the pain of the problem is a lie. After spending 45 minutes arguing for a humane, compassionate, comprehensive, long-lasting and conciliatory approach, Gülen says in the last three minutes of the video that if, despite all that, some persist in committing acts of terrorism, then and only then should we pray that the unity of such terrorists be destroyed and that their centers of control be annihilated. Thus Gülen’s approach is far more progressive, comprehensive and radical in its pursuit of reconciliation and peace.

He argues in that video, for example, for the right to an education in the mother tongue in state (not just private) schools, a measure that the government still opposes. So the above summary and comparison of Gülen’s position vis-à-vis that of the government is misleading, at the very least.

That said, the pope is right in that the “two camps are at odds over how to deal with Kurds.” The fundamental difference I observed is that while the government has been trying to persuade the PKK to lay down its guns, the movement goes one step further and works to remove the social and cultural problems that caused the Kurdish problem. I saw this in my visit to the Kurdish region of Turkey last summer. This difference originates from the characteristics of both camps.

Erdoğan and his party have always adopted a top-down approach to solve social problems they faced, while the movement has preferred a bottom-up method. Thus, Erdoğan sees bringing an end to the PKK, a radical and armed Kurdish separatist movement, as solving the Kurdish question. As a result of this understanding, the government took steps to give some social and cultural rights to the Kurds and in return asked the PKK to stop its activities in Turkey.

This approach legalized the PKK’s activities in a way in the eyes of the Kurds. The PKK made demands, and if the government played for time, they launched operations in Turkey and then the government took some steps. This process placed the PKK in a position to bargain with the government on behalf of the Kurds in Turkey, regardless of whether they support the PKK or not. If one looks at the democratic cultural rights given to the Kurds by the government, one will easily notice that nearly each step was taken following an operation launched by the PKK.

However, from the beginning, the movement supported any democratic steps needed in terms of the Kurds’ democratic rights. They opened the first private Kurdish-language broadcasting TV channel, Dunya TV, supporting the democratic rights of the Kurds. During my visit to the region last June, my observation of the movement in the area, with its institutions and its dialogue activities, indicated that they are actively contributing to the revival of Kurdish culture and language.

It is worth noting that the movement has been active in the Kurdish region of Iraq with its schools since the 1990s. In these schools, Kurdish is used as one of the main languages of instruction. Following the AK Party government’s Kurdish initiative and the opening of the state-sponsored Kurdish broadcasting channel TRT 6 in 2009, Hizmet opened the first-ever private (non-state) Kurdish TV channel. While I was in the region, I also met with the general director of TRT 6, Remzi Ketenci. Ketenci told me, “Actually, we had this idea of opening a Kurdish channel in our minds 10 years ago. However, the laws prohibited it, so we waited for suitable conditions to take steps.”

He also stated that another crucial initiative implemented by the Hizmet movement was teaching Kurdish via Dunya TV. Ketenci said that they had organized such a program at Fethullah Gülen’s request. He explained that following the establishment of the TV channel, they conducted a survey to measure the percentage of people who could read and write in Kurdish among the Kurds of Turkey. The findings were very dramatic: 15 out of 500 Kurds could read and write in Kurdish. He said that once, while he was visiting Gülen, he shared the results of this survey with him and asked for his advice and he said that Gülen stressed teaching Kurdish and regarded this as a matter of “urgency.”

While some members of the current government are discussing whether or not Kurdish is an officially recognized language, the movement declared that it was ready to use Kurdish as a medium of instruction in its schools in regions where it is requested by the people.

It is also crucial to recall that the government’s attempts to close dershanes (prep schools) reflect a demand vocalized by the PKK as well. Leading figures of the organization such as Murat Karayılan, Fehman Hüseyin and even the imprisoned leader of the organization, Abdullah Öcalan, have vocalized their discomfort with dershanes in the Kurdish region. According to rumor, this discomfort was mentioned by the PKK during the Oslo talks and their closure became part of the bargain between the government and the PKK. Why the PKK is against the movement’s activities in the region is an important question, but will be the topic of another article.

*Mustafa Demir is a Ph.D. candidate in politics and international relations at the Institute for Social Sciences at Keele University in the United Kingdom.