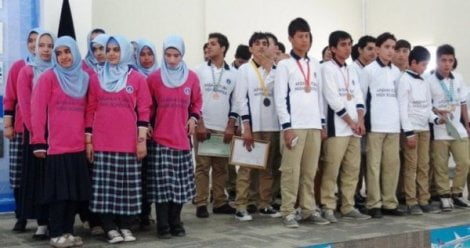 KABUL, Students from Afghan Turk schools scored a victory at university entrance examination in the country and 30 students were able to be ranked on top 100 at the exam, a success which was observed in the previous years as well.

Out of 231,000 students taking the exam, 139,000 of them got the passing grade. Nilüfer Alim, studying at Afghan Turk Girls High School, was ranked second at the exam.