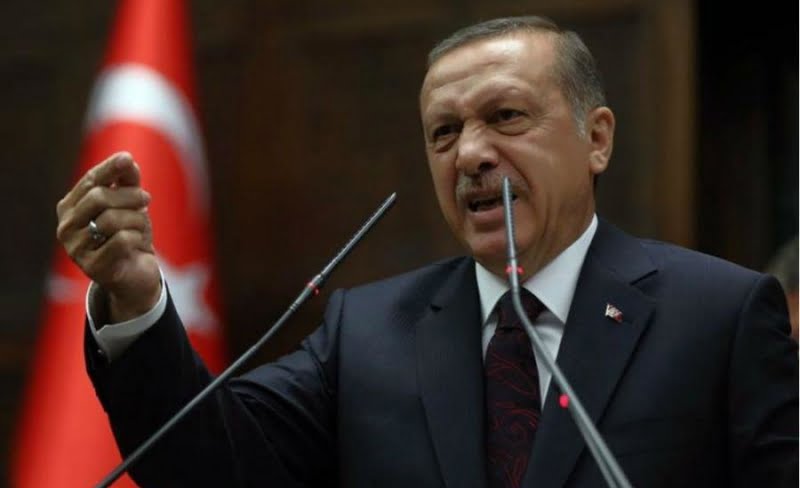 President Recep Tayyip Erdoğan on Monday threatened followers of the faith-based Gülen movement living all over the world, saying that no country is safe for them.

“No country, no region anywhere in the world, is a safe haven for FETÖ [an acronym the government has been using to refer to the Gülen movement] and militants,” said Erdoğan during a press conference at İstanbul Atatürk Airport, before flying to New York for the UN General Assembly.

Erdoğan said he would use his speech to the UN General Assembly as an opportunity to talk about the role of the Gülen movement in the July 15 failed coup attempt in Turkey.

Turkey’s National Intelligence Organization (MİT) has been tasked with locating, arresting and even killing military officers who fled Turkey after allegedly taking part in a failed coup attempt last month, according a story in the Vatan daily on Aug. 30.

The Justice and Development Party (AKP) government, which launched a war against the Gülen movement following the eruption of a corruption scandal in late 2013 in which senior government members were implicated, carried its ongoing crackdown on the movement and its sympathizers to a new level after a failed coup attempt on July 15 that killed 240 people and injured a thousand others.

Although the movement strongly denies having any role in the corruption probe or coup attempt, the government accuses it of having masterminded both despite the lack of any tangible evidence.

Turkish Islamic scholar Fethullah Gülen, whose views inspire the movement and who lives in self-imposed exile in the US, called for an international investigation into the coup attempt, but Erdoğan — calling the putsch “a gift from God” — and the government launched a widespread purge aimed at cleansing sympathizers of the movement from within state institutions, dehumanizing its popular figures and putting them in custody.

The government also accuses the movement of being a terrorist organization.

A report published by the German Focus magazine in July claimed that Turkish government members decided to pin the blame for the coup attempt on Gülen half an hour after the uprising and agreed to begin a purge of Gülen followers the next day.

The German magazine wrote its report based on interceptions of phone calls by English intelligence, emails and SMS messages of members of the Turkish government.

The Turkish government has already purged over 100,00 people, detained 43,000 and arrested 24,000 over alleged ties to the movement. Among the arrestees are journalists, judges, prosecutors, academics, doctors, teachers, nurses and even a comedian.

The official opening of the UN General Assembly will take place on Sept. 20 under the theme “The Sustainable Development Goals: A Universal Push to Transform our World.” Erdoğan will attend the meeting on the occasion of the first anniversary of the approval of the goals and the Development Agenda for 2030.

He will later attend the opening of the General Assembly and will then address world leaders from the UN podium on Sept. 20. Erdoğan is expected to urge world leaders on the need to adopt a common stand against terrorism. Ongoing turmoil in Syria and Turkey’s recent offensive into northern Syria to defeat the Islamic State in Iraq and the Levant (ISIL) will also be on his agenda.