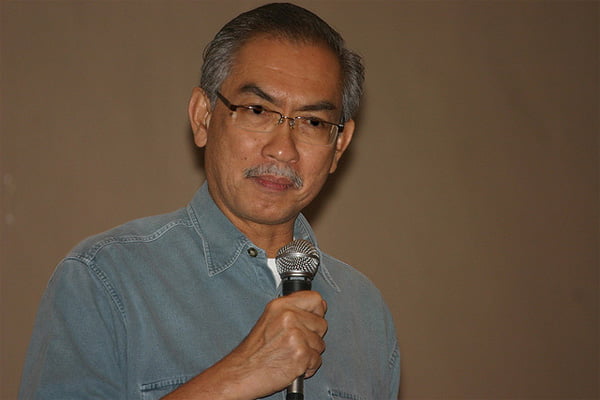 MANILA, Philippines—It is fascinating to read Pope Benedict XVI’s speech the other day before members of the British parliament. The Pope spoke on “the proper place of religious belief within the political  process.” Having just visited Ephesus and Urfa, two of the most important religious sites in Turkey, I could not have been more primed to appreciate the significance of this message.

The Pope sounded the alarm about what he called the growing “marginalization” of religion in public life. There are those, he said, who want to “silence” the voice of religion altogether. Turkey’s Muslims could not have agreed with him more. Although the recent referendum on constitutional amendments in this strictly secular society dealt mainly with democracy and the concomitant restoration of civilian authority, the subtext of the debate within Turkish society is precisely what Benedict XVI articulated in his Westminster speech.

He goes straight into the heart of the issue: “What are the requirements that governments may reasonably impose upon citizens, and how far do they extend? By appeal to what authority can moral dilemmas be resolved?”

Benedict offers an interesting argument that students of modernity can appreciate. Far from defining a role for religion that intrudes into politics or is above politics, he seeks a dialogue between faith and reason that is mutually purifying and enriching. This is a line that is found in all of this Pope’s encyclicals.

While the Catholic tradition, he says, “maintains that the objective norms governing right action are accessible to reason, prescinding from the content of revelation …. the role of religion in political debate is not so much to supply these norms, as if they could not be known by non-believers—still less to propose concrete political solutions, which would lie altogether outside the competence of religion—but rather to help purify and shed light upon the application of reason to the discovery of objective moral principles.”

This is an important statement. Religion does not aim to take the place of politics. Rather, it imagines itself as supplying the basis for ethical reflection in politics, and, for that matter, in all the other spheres of life—the economy, etc. This reflection is essential to preventing the kinds of distortions that we see in the modern world, Benedict says. “There is widespread agreement that the lack of a solid ethical foundation for economic activity has contributed to the grave difficulties now being experienced by millions of people throughout the world.”

In his other writings, Benedict calls this reflective purification the work of conscience. In less moralistic terms, one might call it the distillation of wisdom from mere knowledge. I prefer the more neutral word “reflection”—the ability to step back and observe the limited horizon of one’s own self-referential standpoint.

Benedict argues that this reflection is basically ethical in character, and its roots are profoundly religious. Therefore, the observation of the work of reason in various spheres of life can only proceed from the perspective of faith. This view is equally strong in Islam, or perhaps even stronger than in any other religion. I see everywhere in secular Turkey a palpable renaissance of faith, which could easily be mistaken for a resurgence of religious fanaticism. I have been struck by my interaction, in the course of this visit, with Turkish academics and scientists who take their faith seriously, and weave it into every aspect of their daily lives.

These highly-trained professionals are as modern and as rigorously scientific in the practice of their disciplines as the most secular academics I have known. Had they been among his flock, they would have surely warmed the heart of Benedict. They seem to directly respond to his lament about “the increasing marginalization of religion, particularly of Christianity, that is taking place in some quarters, even in nations which place a great emphasis on tolerance.”

As a sociologist, I do not believe that all ethical reflection can proceed only from faith. But my brief encounter with Muslims in secular Turkey, mostly individuals who have been influenced by the ideas of Fethullah Gulen, has shown me how faith can indeed purify reason. Still I think it is important to say that no single religion has a monopoly of ethics or morality. Reason must do its quiet work of purifying faith. I may not put it as sharply, but Christopher Hitchens has a point when he wrote in a recent essay: “The taming and domestication of religion is one of the unceasing chores of civilization.”

REUTERS U.S.-based Turkish cleric Fethullah Gulen has denied giving orders to police and prosecutors in a corruption inquiry rocking the government, saying his worldwide movement of followers was being used as a scapegoat to divert attention. In his first TV interview in 16 years, the influential preacher told the BBC that Prime Minister Tayyip Erdogan […]