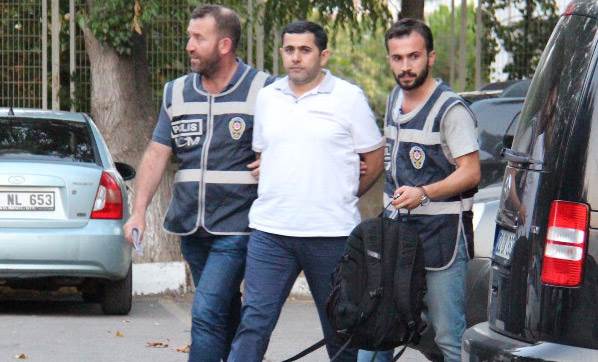 Bulgaria’s extradition to Turkey of Abdullah Buyuk, a supporter of cleric Fethullah Gulen, is sparking outrage for a perceived capitulation to the increasingly authoritarian Erdogan regime.

Abdullah Buyuk was handed over to the Turkish authorities on August 10 after his political asylum request was denied.

Two Bulgarian courts had blocked his deportation in March, saying that he was wanted for “political reasons” in Turkey, and that he could not be guaranteed a fair trial.

“This is a deal [Buyuk’s extradition] between two unconstitutional states in which Bulgaria’s manner does not differ much from the one of Erdogan,” Dilyana Giteva, a lawyer from the Sofia-based NGO Bulgarian Lawyers for Human Rights told BIRN on Monday.

Giteva called the deportation of the 43-year-old Turkish citizen an “arbitrary act, signalling that the Bulgarian government can do whatever it wants,” without respecting the will of the judiciary.

Buyuk’s case entered the spotlight on August 11, after it was largely reported by the media in Turkey.

Buyuk, owner of a software company, has never hidden his support for the US-based cleric Gulen, and has applied for asylum in Bulgaria, claiming he was persecuted back in Turkey. Buyuk was charged with terrorism in Turkey.

He was arrested by Bulgarian authorities in March and the Bulgarian prosecution demanded his extradition, but two courts in Sofia denied it.

After the failed coup, Turkish Foreign Minister Mevlut Cavusoglu said that “there is a traitor in Bulgaria” and that he was sending a delegation to demand him.

Although neither a delegation, nor a new formal request for his extradition was sent to Bulgaria, the Ministry of Interior handed him to Turkey on administrative grounds, citing Buyuk’s lack of the necessary legal documents to remain in the country.

Many have suspected that the Bulgarian government surrendered to pressure from its eastern neighbour, whose relations with the EU and NATO have worsened recently.

Bulgaria’s prime minister Boyko Borissov admitted to NOVA TV on August 13 that Buyuk’s extradition was an act “on the edge of the law”, which he justified with the risk of a massive refugee influx coming from Turkey.

“We must not allow the migrant wave to flood Bulgaria,” he said in an interview with NOVA, adding that “it is of great significance for Bulgaria to maintain good relations with Turkey.”

On Sunday, Turkish media reported on two other Turkish citizens, alleged members of the Kurdish separatist organization PKK-KC, being handed over to Turkey by the Bulgarian police authorities.

Experts are viewing the controversial deal with Turkey as an extremely dangerous precedent for the legal order in Bulgaria, an EU member state since 2007.

“We have absolutely no guarantees against such acts in the future,” he said.

Hristev noted that if the escalation of tension between Turkey and the EU continues, there would be no way for Bulgaria to avoid a potential refugee influx.

“The solution is not in surrendering to the pressure of Erdogan’s regime, but in working together with the other European countries,” he concluded.