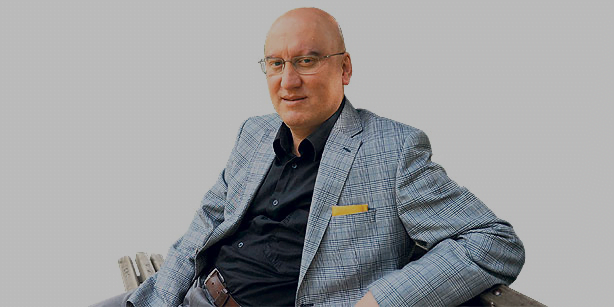 by Erkam Tufan Aytav*
For a while now, Prime Minister Recep Tayyip Erdoğan has been busy with shutting down Turkish schools — affiliated with the Hizmet movement, which is inspired by the teachings of Islamic cleric Fethullah Gülen — in 160 countries which were opened thanks to the small contributions and tears of the people of this country.

I have nothing to say to this but “Do your best!” In fact, this is what he is doing. It has been claimed that during his latest visit to Azerbaijan, Erdoğan gave a file to Azerbaijani President İlham Aliyev on this issue. We do not yet know what kind of incentives were offered by Erdoğan during the head-to-head meeting in order to convince Aliyev. My personal conviction is that like many heads of state, Aliyev is not going to be deceived by this smear campaign against the Hizmet movement.

The fact that only one African country benefiting from direct aid from Ankara has accepted this demand from the Turkish side clearly indicates the prestige and popularity of the schools in these countries. Another fact is that Erdoğan himself is a factor in the refusal of the Turkish government’s demands to close these schools, because he has lost his previous prestige in the international area and become isolated. Indeed, after the municipal elections held on March 30, only a few foreign leaders congratulated Erdoğan on his party’s success.

As a prime minister who is involved in corruption and arrests police officers instead of tackling corruption claims, declares those who do not think like him as traitors, blocks Twitter and Youtube, exerts pressure on the media and does not even respect the decisions of the courts, he is not respected and esteemed by the international community. Thus he may want to use all the power of the state to close down these schools in order to compensate for his declining prestige. We will wait and see how many countries positively respond to his demand.

It is absurd that Erdoğan has harshly criticized a ruling by the Constitutional Court that found Turkey’s block on Twitter to be a violation of free speech, saying that the court did not act patriotically, during a press conference that he held before his departure on an official visit to Azerbaijan. It seems that Erdoğan does not understand what patriotism means. On the one hand, he criticizes a ruling by the Constitutional Court, which can only be held account for its compliance to international law, while on the other hand he tries to close down Turkish schools which make the Turkish presence felt by everyone. It seems he is quite confused.

After Erdoğan’s visit to Azerbaijan, the pro-government media — which is also called the “pool media,” because it was allegedly acquired by the government thanks to a money pool formed from contributions received from certain businessmen — ran headlines such as “Now, its Gülen’s problem.” They will be pleased and will even celebrate the closure of schools where the Turkish flag is waving. I cannot understand this sort of reaction.

How can we explain the situation of these people who are in the media, the majority of whom are my friends? Is it the fear of losing their positions, or the opportunities and power that they have obtained? Or has political power blinded their consciences? What will be the benefit for our country of the closure of these schools?

Of course, these times will pass, and we will continue to find ways to get along with each other. But there’s one point that should not be ignored: That approving of tyranny is also tyranny.

Do not forget that your silence about or approval of the actions of the government will be recorded as the worst selfie in history. It is better not to appear in this selfie.