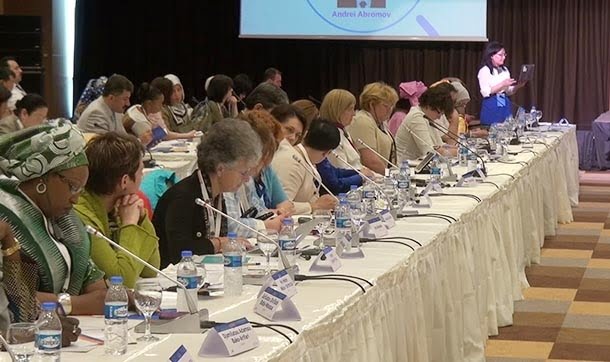 Women, tasked studies on poverty, woman, child, education, environment and health mostly within the body of the UN came together for a program held by the Journalists and Writers Foundation (GYV) on Saturday.

The event titled “Women’s Perspectives on UN Post-2015 Development Agenda” will end on June 1 and various sessions on nongovernmental organizations and developments targets, environment and economy will be held.

Opening remarks of the summit which was held at WOW İstanbul Hotels & Convention Center was delivered by UN High Commissioner for Human Rights Navi Pillay via a video. Large numbers of female representatives of nongovernmental organizations, parliamentarians, academics and journalists attended at the summit.