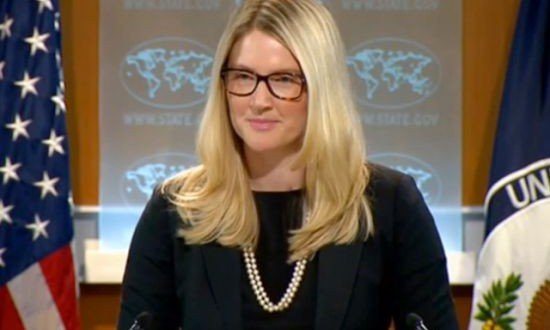 Harf said Turkey was a close NATO ally of the U.S. “We don’t always agree on everything, but we don’t agree on everything with anyone. So forget about the gentleman living in Pennsylvania. We have a bilateral alliance with the government of Turkey. We will speak out when we disagree. We will speak out when we agree. And it’s really up to the people of Turkey to make decisions about their government. It’s not up to us, and any reports that we have any impact on that are just crazy.”