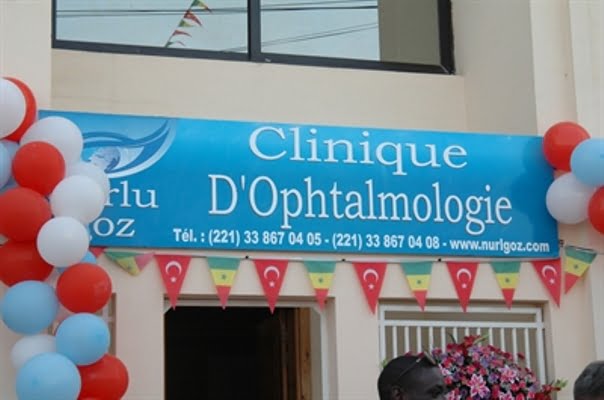 Being a Turkish enterprise established as a part of TUSKON’s African expansion, the clinic is to be rated best across the Western Africa. Having started admitting patients in November, it has blazed a trail with its visual surgery operations.

PM Toure, in her opening address, said the hospital has filled a huge gap for Senegal and thanked whoever is involved. Toure further underscored the need for more investments.

The Turkish ambassador Algan said the initiatives in Senegal function as bridges between the two countries.

Ercan Ugurlu, the clinic’s head official, said, “I very much believe that we will serve the Senegalese people in the best way possible with our human-centered, quality healthcare services.”

Following the ribbon cutting, the PM Touré toured the clinic as she was briefed by the officials.

The clinic is to serve 150 patients daily and features pediatric specialist as well. Previously, many Senegalese patients had to go abroad due to the country’s troubled health care services. Now, they instead prefer Nur Ophthalmology Clinic fully equipped with latest technology.

The first-ever delegation of businesswomen from Turkey visited and held business meetings for three days in the capital. The meetings have been organized by the first lady, Roman Tesfaye, who in June, had led Ethiopian delegates to Turkey.

Kimse Yok Mu (KYM), set to reach out to 103 countries as a part of its Ramadan campaign, continues to deliver aid worldwide. The countries it delivers aid includes Burkina Faso, Yemen, Venezuela and Niger.