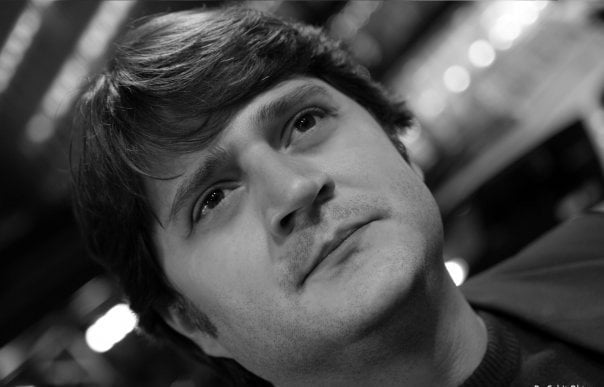 While President Abdullah Gül criticized those who blamed “foreign powers” for the latest developments in Turkey, Prime Minister Erdoğan continued his previous allegations, again claiming that the ongoing graft investigation is actually being orchestrated by foreign circles to topple his government, promising to shut down Twitter very soon.

Erdoğan first revealed his discomfort with Twitter last summer during the Gezi Park demonstrations, as he became aware of how protesters used Twitter to mobilize, organize, gather news and communicate. In a TV interview earlier this month, Erdoğan revealed his ambition to shut down Facebook and YouTube as well. There are several reasons for Erdoğan’s willingness to silence social media. The first is that while he controls more that half of the conventional media in Turkey, he does not have full control of social media and has failed to prevent the dissemination of allegations against him and his government.

The second is related to Erdoğan’s biggest fear. Erdoğan is aware of the fact that social media played a crucial role during the Arab Spring, causing the collapse of authoritarian regimes that had been in power for decades, and in some cases with incredible speed. The first protests began in Tunisia, but due to the mobilizing effect of social media quickly spread to other key countries in the area, reaching Egypt, Libya and Syria. The Gezi protests last summer indicated that the discomfort in Turkish society could even trigger a bigger uprising in Turkey.

Recent surveys indicate that Erdoğan’s Justice and Development Party (AK Party) has already lost a significant portion of its social support and electoral districts. Reasonable surveys indicate that the AK Party’s expected support for the next local elections would be between 30 and 34 percent. If they get more than 40 percent, for instance, Erdoğan won’t be able to fight off accusations of fraud and manipulation in the elections, which could trigger bigger uprisings than Gezi Park did.

Anything not to lose power

The most important reason of Erdoğan’s willingness to silence social media is most likely related to that possibility. As can be observed in history, authoritarian leaders like Erdoğan do anything in order not to lose power.

Therefore, as I stated in one of my previous articles in which I compared authoritarian and service-oriented leadership styles, I would repeat that risk again that Erdoğan may want to ruin everything done so far in terms of democratic gains in Turkey during the past decade.

This is how authoritarian leaders react when they see the possibility that they are no longer wanted in the game.

Erdoğan has believed that Mr. Fethullah Gülen and the Hizmet movement are the only ones left that could challenge his power and prevent him from becoming president. He wanted to visit Mr. Gülen when the prime minister came to the US to meet President Barack Obama last May, but the meeting didn’t happen. Erdoğan might have interpreted that as Gülen‘s reluctance to support his presidency.

However, the executive director of Samanyolu TV, Hidayet Karaca — referring to an article by the editor-in-chief of a pro-government newspaper — stated that Prime Minister Erdoğan had handed him a report to US President Barack Obama complaining about the Gülen movement during their meeting which took place on May 16, 2013 in Washington.

It is also known that the Turkish Intelligence Organization (MİT) warned Erdoğan about Iranian businessman Reza Zarrab and his ties to Cabinet members. Therefore, one could surmise that Erdoğan knew the corruption case was on its way. Many believe it was the main reason for Erdoğan to launch a harsh debate over the prep schools, which the Gülen movement was very sensitive about.

After the corruption probe was made public on Dec. 17, Erdoğan used the prep school issue as a pretext to accuse the movement of being behind the corruption probe. By demonizing and accusing Mr. Gülen and the Gülen movement, Erdoğan also believed that he could get the support of the Turkish military and secular segments of society. He even accused the movement of being behind the arrest of Gen. Ilker Başbuğ in 2012. But last week in a TV interview, former İstanbul Police Department intelligence unit chief Ali Fuat Yılmazer revealed that Başbuğ had been arrested on the orders of Prime Minister Erdoğan.

Even though Prime Minister Erdoğan denied the allegations, the Turkish public, listening to the recordings leaked on Twitter, has learned that Erdoğan has been intervening in everything. For example, Prime Minister Erdoğan has admitted to interfering in the judicial process against Doğan Holding, following the revelation of wiretapped conversations released online in the beginning of March — and defended his meddling as “natural.” Erdoğan has also admitted to interfering in the news media and some important public tenders, such as the national warship project (MİLGEM), in favor of a businessman. As an authoritarian leader like Erdoğan who wants to control everything, it would be impossible not to intervene in the Başbuğ case.

Erdoğan might believe that he can control public opinion by telling big lies and telling them frequently enough. But history tells that lies eventually fail. As Michael Jackson once said: “Lies run sprints, but the truth runs marathons.”

*Aydoğan Vatandaş is an investigative journalist based in New York.