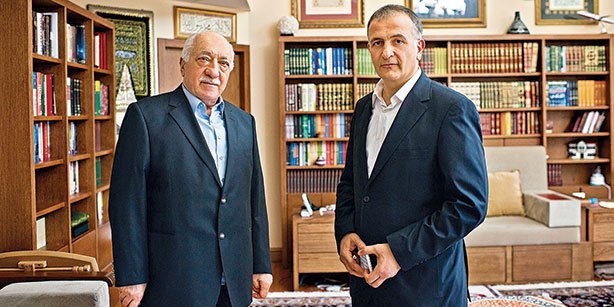 I should stress at the outset that it was not Fethullah Gülen who asked for an interview; we actually proposed this. By “we,” I am referring to the huge desire coming from the consciences of countless people. Gülen has preferred to remain silent for a long time. However, he has been strongly and gravely insulted in election campaigns on a daily basis, and many unsubstantiated accusations have been directed at him. Gülen, despite these harsh and unacceptable remarks and accusations, has remained silent. In a sense, it was typical of him to remain silent because of his nature and personality, which can be characterized as polite, sensitive and respectful. However, every insult and accusation was hurting the hearts of millions of people; these people were becoming even more disappointed towards those who insult Gülen when Gülen sought sanctuary in the galleries of silence.

At this stage, we notified Gülen of our desire to have an interview with him. We also added that this desire was voiced and requested by millions of people. He did not say “no” to the demands of the people; this is how this interview was held. When we arrived in Pennsylvania, we were excited and curious because we would have firsthand experience of Gülen’s stance. Anyone who has been subjected to such serious accusations and insults would have changed his attitude and stance. However, this is one of the most valuable thinkers and scholars of Turkey, and he has been subjected to similar acts and attempts of repression and persecution numerous times. He was sad, but there has been no change whatsoever in his determination or decisiveness. Obviously, he was hurt by the insults and improper remarks, but this did not turn into hopelessness; quite the contrary, he was praying for sunrise out of the bold darkness.

I have to admit that the most difficult part of the interview was the photo shoot. You might expect someone who is natural in his attitudes and responses would be bored by the coldness of the camera. We realized that Gülen was becoming more anxious as our photo editor, Selahattin Sevi, was taking photographs. We also became distressed because of this. Gülen, who noticed our mood, ignored how he was feeling about the photo shoot and told Selahattin to move to his room where he could take additional photos from different angles because all the other photos were depicting him from similar points of view.

We asked for a photo of Gülen wearing a jacket. Somebody grabbed a jacket, but Gülen told him that was not his and asked for his own jacket. The story of his jacket is meaningful. Gülen is keeping this coat, which he wore when leaving Turkey, for the day he returns to his home country. Sadly, confirming the story, Gülen took a small jawshan (a compilation of prayers attributed to the Prophet Muhammad) out of the coat. He is keeping this booklet which he was reciting while leaving Turkey in his pocket. This was a sad moment.

Gülen also said nice things to the person who brought the coat. He further said, “I never had two coats in my whole life.” This seemingly simple remark was not a usual gesture of humility; it was a lifestyle. Those who do not appreciate this lifestyle argue that he lives in a castle or a mansion. However, Gülen is staying in one room of this complex situated in a remote forest that had been purchased by a foundation. And he is paying rent. Of course, it is very difficult for those who make their lives meaningful by owning villas, yachts and cars to better understand the views, thoughts and cause of a man who has nothing but a coat as his worldly possession.

And we realized it was not only millions of people in Turkey but also the world who were paying attention to what Gülen had to say. The interest in the interview also confirmed the universal dimension and vision of the Hizmet movement. Is it possible approaches lacking vision are drawing lessons from this interest? I hope people will eventually appreciate Fethullah Gülen, one of the greatest Turkish thinkers, and that they will not regret not knowing him.