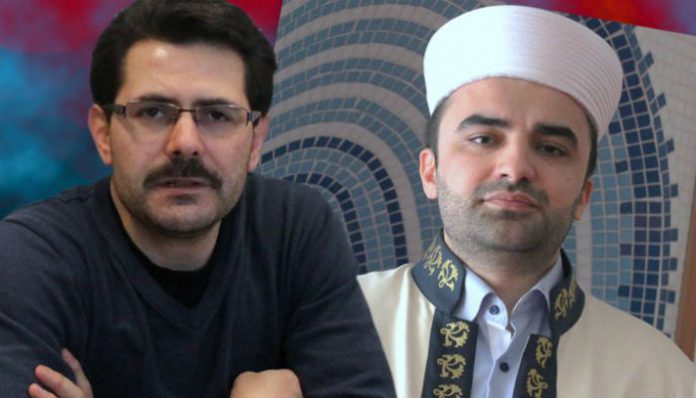 Infamous Turkish imams who were accused of profiling critics and opponents of Turkey’s president in the Netherlands, Austria and Germany, which prompted investigations by authorities, have footprints in Norway as well.

The Stockholm Center for Freedom (SCF) has documented that Yusuf Yüksel, general secretary of the Oslo-based Den Tyrkisk Islamske Union (Turkish Islamic Union), has publicly called for spying on members of the Gülen movement, a civic-based, volunteer-driven organization that focuses on education and interfaith and intercultural dialogue.

In a message that was shared with norsk-tyrkere (Norwegian Turks) on Facebook, Yüksel wrote “Inform on FETÖ terrorists whom you know,” adding a link to his message that showed tip lines set up by Erdoğan’s office in the Turkish capital. The message was shared on July 31, 2016.

The Gülen movement is inspired by US-based Turkish Muslim intellectual Fethullah Gülen, who has been a vocal critic of the Turkish government and President Recep Tayyip Erdoğan concerning corruption as well as Ankara’s aiding and abetting of radical groups in Syria. Erdoğan launched a witch-hunt persecution against Gülen and his followers in December 2013 right after a major corruption probe that incriminated Erdoğan’s family members.

Imams for espionage, defamation and harassment

In another piece of evidence on how Diyanet imams dispatched by the Turkish government engaged in a defamation and harassment campaign in Norway, Musa Gelici, a Turkish imam of the Oslo Tyrkisk Islamske Union, an affiliate of Norsk Tyrkia Islamske Stiftelse, (Norway Turkish Islamic Foundation), also called Gülen followers FETÖ terror militants in a Facebook message on July 16, 2016.

As a result of profiling and intelligence gathering activities on Turks who are believed to be affiliated with the Gülen movement, the passports of some Turks living in Norway were unlawfully revoked by the Turkish government. They were even threatened with messages saying that their names were shared by the Turkish government and that they will be arrested if they go back to Turkey.

The harassment and intimidation campaign apparently fueled by the Turkish embassy and consulates in Norway is also supported by pro-Erdogan Turks. For example, Mustafa Samed Çetintaş, a Turk from the city of Stavanger, wrote on Facebook that members of the Gülen movement had started to take legal action against the smear campaign. He urged his followers to not make their messages public but continued advising them to spy on Gülen followers and inform the Turkish government by sending messages to special email accounts set up by Ankara.

Last month the Federal Public Prosecutor’s Office (GBA) in Germany launched an investigation into Turkish intelligence operations on German soil after a lawmaker filed a criminal complaint. The spying involved Turkish imams sent by Ankara, and police teams on Wednesday raided the apartments of four imams in North Rhine-Westphalia and Rhineland-Palatinate who are suspected of acting as informants on sympathizers of the Gülen movement. The GBA said in a statement that the Turkish imams had acted on an order issued on Sept. 20 of last year by the directorate to profile Gülen movement sympathizers.

Austria is also investigating whether Turkey has been operating an informer network targeting Gülen followers on its soil, via its embassy in Vienna.

In December, Ankara had to recall Yusuf Acar, the religious attaché of the Turkish government in the Netherlands, who recently admitted to spying on followers of the Gülen movement

The Dutch Telegraaf daily published the remarks of Acar, who admitted that he had collected the names of people who sympathize with Turkish cleric Gülen and passed them on to the Turkish government.

“As an attaché, I collected information that anyone can find on the Internet,” he said to the newspaper. He said he found the information on alleged members of “FETÖ” in the Netherlands.

The Dutch government called spying activities an “unwanted and non-acceptable interference in the lives of Dutch citizens.”

This article originally appeared on the website of the Stockholm Center for Freedom (SCF).