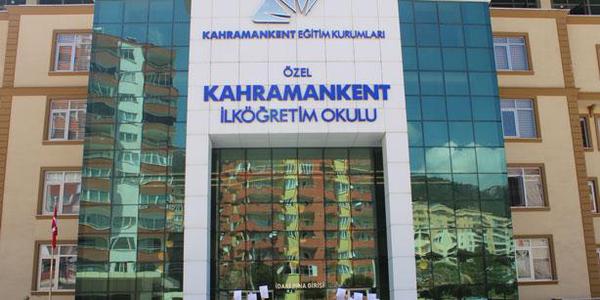 The Cihan news agency reported on Thursday that police in Kahramanmaraş launched the operation after an anonymous complaint about tax fraud and said that digital data belonging to the institutions are being examined by the police. The police carried out simultaneous operations in the Afşin, Andırın, Elbistan, Göksun and Türkoğlu districts of Kahramanmaraş.

Gathering in front of a raided school that forms part of the Kahramankent Education Institutions chain on Thursday, dozens of parents protested the raids, saying that they will not prevent them from registering their children at these schools. One of the parents, M.T., told Today’s Zaman that the Kahramankent Education Institutions have been working selflessly for 30 years in the city, adding that Turkey has been suffering from terrorism and the way to fight against terrorism is to provide good-quality education for children.

The Justice and Development Party (AK Party) has targeted people and institutions thought to be close to the Gülen movement in a series of operations since December 2013. Almost all of those detained in government-led operations have subsequently been released after a few days because the authorities fail to provide evidence proving that they had been involved in criminal activity.

President Recep Tayyip Erdoğan claims the Gülen movement tried and failed to carry out a coup attempt against him and his government in December 2013 and has waged a self-declared war against the movement.