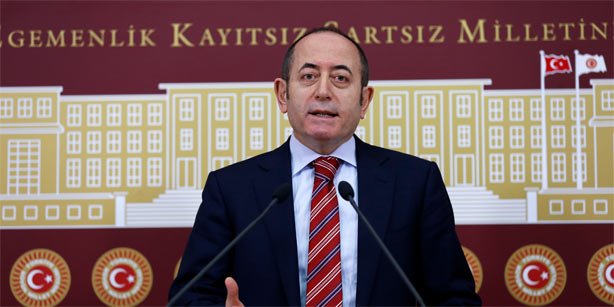 Many dershanes, which offer after-school classes to prepare Turkish students for government-administered high-school and college entrance exams, are affiliated with the Hizmet movement, a religious community inspired by the teachings of Islamic cleric Fethullah Gülen. The movement has been accused by Prime Minister Recep Tayyip Erdoğan of seeking to topple his government.

Addressing the press at the Turkish Parliament on Thursday, CHP Deputy Chairman Akif Hamzaçebi said that the party was making the necessary preparations to take the controversial bill, which he called unconstitutional and against free enterprise, to the Constitutional Court.

The Justice and Development Party (AK Party) government’s bill banning the privately owned preparatory schools was put to a vote and passed by Parliament last Friday in a session that 90 deputies from the ruling party did not attend and signed into law by Gül late on Wednesday. The move highlights Gül’s solidarity with Erdoğan as the prime minister battles a corruption scandal he says has been orchestrated by the US-based Gülen and the Hizmet movement.

Education is central to the mission of the Hizmet movement. Millions of students prepare at the dershanes for entrance examinations to win limited spots at state high schools and universities.

Tensions between Erdoğan and the movement soared when the graft scandal erupted on Dec. 17, 2013, when an investigation implicating three ministers’ sons and businessmen close to Erdoğan went public with a string of early morning raids.

The scandal, which Erdoğan has cast as a plot to oust him by a “parallel state” made up of Hizmet movement supporters, erupted weeks after the government moved to shut down the prep schools, worsening the public row with the cleric’s followers.

“The bill is not only against free enterprise, but also the principle of legal continuity. … They are removing 40,000 administrators from their jobs at the Ministry of Education …” Hamzaçebi said.

Hamzaçebi added that the Turkish Constitution enshrines the right for anyone to operate any sort of business they choose.

The legislation requires the closure of all prep schools before Sept. 1, 2015 and, if implemented, will terminate the tenure of tens of thousands of bureaucrats within the Ministry of Education. Existing preparatory schools will have until the 2018-19 academic year to transform themselves into private schools if they desire to do so.

The mass closure of the prep schools, however, remains controversial, with the law’s opponents arguing that with the standardized university entrance exams still in place, the move will hamper the chances of poorer high-school students, who tend to score lower on tests, of attending selective universities.