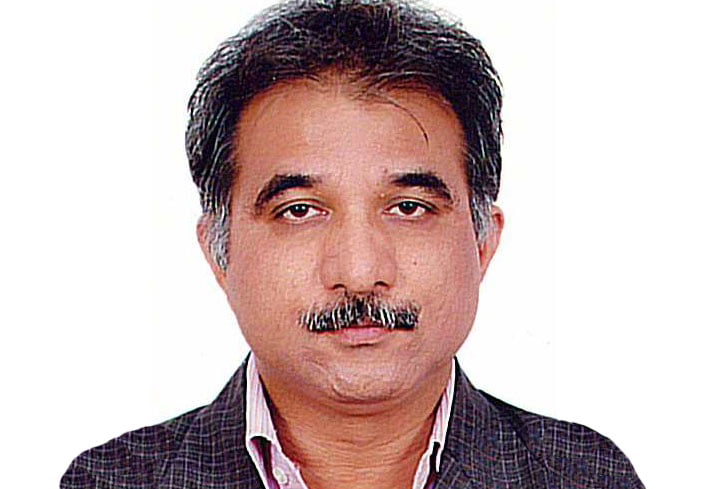 How do Recep Tayyip Erdoğan’s repeated calls for the closure of Turkish schools located on the African continent, particularly in Sub-Saharan Africa, serve Turkish national interests? It appears that in his fight against a “parallel structure,” which he equates with institutions and people inspired by the faith-based Gülen movement, also known as the Hizmet movement, the current Turkish president is losing a sense of direction. He is guided by a myopic vision and ego, which ultimately will compromise core Turkish national interests.

Already, Turkey is becoming increasingly isolated — both regionally and internationally. Continued Islamic rhetoric, anti-Western polemics, anti-democratic and oppressive measures to overcome charges of corruption, undecided approaches towards the issue of terrorism epitomized by the Charlie Hebdo incident and the Islamic State in Iraq and the Levant (ISIL), not to mention increasingly politicized Islam, have all amounted to Erdoğan becoming an unwelcome figure in European and American circles. During his recent visits to Ethiopia and Somalia, his request that political leaders of African countries close down Gülen movement-inspired schools is bound to reinforce the eccentric and anti-democratic image of Erdoğan in the international media and community.

While Erdoğan’s illegal attack on Gülen movement-affiliated institutions and people has certainly raised issues of autonomy and the status of civil society, particularly in Muslim-majority countries. Rarely does the political leadership of a nation take its own domestic conflicts to an international arena, particularly if it involves civil society groups and movements — for there lies a great risk in exposing governmental policies to greater international scrutiny. Moreover, by asking African leaders to shut down Turkish schools in Africa, the Erdoğan government has damaged the Turkish identity and image abroad. Sharing intelligence about a particular suspect or organization of one’s own country with other governments and international agencies is one thing, but appealing and campaigning for the closure of an educational institution managed by citizens of one’s own country is something completely different. A nation should take pride when its members provide humanitarian services for other nations. The government of such a nation should laud the public service of such institutions as they lend legitimacy to the existing government and act as a soft power of that nation. In the past, as recently as 2012, Erdoğan and his ministers would regularly be photographed at events organized by the Gülen movement. They appreciated the schools’ roles in contributing to national wealth and enhancing the Turkish image abroad. Following the public exposure of the Dec. 17, 2013 corruption operation that implicated family members of Erdoğan, among others, the Erdoğan regime coined the term ‘parallel structure.’ They labeled the allegations of corruption a conspiracy to topple the government and embarked upon a mission to discredit, criminalize and finally liquidate the Gülen movement for its perceived alleged role in the corruption investigations.

It should be noted that there are approximately 100 Gülen movement-affiliated schools operating in African. In addition to providing educational activities, the movement has also been active in providing humanitarian aid, health services, aid following natural disasters, poverty eradication programs, scholarships to needy students and other philanthropic schemes. From a large number of studies, it has been demonstrated that these schools, through their hard work and motto of quality education, have earned respect and recognition from both the civil societies and governments of their host countries, while strictly operating within the countries’ frameworks of law. So far, there is hardly any evidence suggesting that the functioning of these schools has ever drawn negative attention, governmental scrutiny or adverse remarks, regardless of their locations of operation. Contrarily, these schools are fast becoming critical components in the development of human resources in underdeveloped — or less developed – countries (a good number of which belong to Africa). Critics, few though they may be, have largely seen these schools within the 19th century framework of Christian missionary schools emanating from European lands, as this is the only available model applicable to faith-based civic-social initiatives. However, unlike Christian missionary schools that carried negative overtones in non-European host countries on account of their associations with colonization and the politics of conversion, international Turkish schools, free of such historical baggage, focus on quality education and were readily accepted in their host countries. These Turkish schools represented some of the finest traditions and culture of the Turkish society, contributing immensely in enhancing the image and prestige of the Turkish society, nation and state.

In addition to host countries finding these Turkish schools crucial for the development of their own human resources, the schools have also helped facilitate international Turkish business by boosting human resources, networking, links with local businesses and knowledge about areas of trade and investment for Turkish business people in the host countries, particularly those in sub-Saharan Africa. It is no wonder that as business and trade between Turkey and Africa gained momentum, the Turkish government opened a number of high commissions and embassies in Sub-Saharan African countries. Recognizing the great potential for trade and investment in the sub-Saharan region, the Turkish government moved to open 19 embassies in the region within a span of three years, between 2009 and 2012. Turkish exports to Africa surged from $9 billion in 2005 to $15 billion in 2010. It should be noted that it was the Turkish Confederation of Businessmen and Industrialists (TUSKON), a Hizmet-inspired conglomerate of approximately 30,000 small and medium-class business people, that was instrumental in forging the business and trade link between Turkey and Africa by having organized events such as the Turkey – Africa Foreign Trade Bridge since 2006.

As the Erdoğan regime has declared war on Gülen movement-inspired institutions both domestically and internationally, the question becomes whether or not the leaders of African countries will collaborate with the Erdoğan regime in dismantling Turkish schools in Africa. The question here is not one of legality — though this is an important issue — because political regimes across the world are accustomed to violating or manipulating legal clauses, mostly in the name of security and fighting terrorism. But will the political leaders in African countries be vulnerable enough to carry out Erdoğan’s diktat to close off Gülen-linked Turkish schools, replace them with Turkish government schools, or bring the existing schools under the control of the Turkish government in return for economic incentives like aid, loans and other forms of patronage? It appears that while one or two corrupt political leaders in Sub-Saharan Africa might succumb to such political pressures, a large number of African leaders, including those in the sub-Sahara region, would prefer not to be part of Erdoğan’s personalized agenda. Such a political collaboration would neither serve the national interest of their countries nor secure stability for their regimes. On the contrary, this act would risk the support of a section of domestic elites whose children’s futures depend on these schools, and would be very negative for public perception.

* Anwar Alam is a professor at Zirve University in Gaziantep, Turkey.