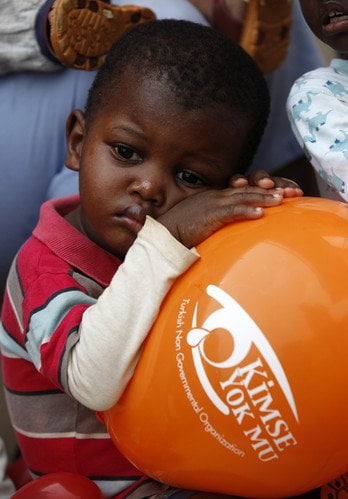 The Guinean minister for social action, women and children Sanaba Kaba was also present in the aid distribution event.

The aid efforts were based in the capital Konakri and reached out to the Kankan city, 400 miles away. KYM volunteers went from door to door to hand the aid to the needy including orphanages, the disabled too.

The Cameroon delegation had meetings with KYM officials, as a part of a newly founded charitable foundation in Cameroon. They seek benefiting from KYM’s experiences and using them in their charity work. They were pleased with the warm reception and KYM Bursa director Sadullah Hizan’s presentation on the foundation’s work.