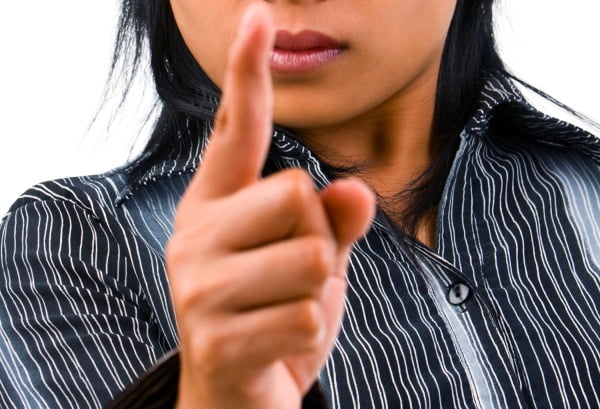 Turkey has seen a number of coups. The rule of law was suspended and political institutions were unable to perform their role.

There were economic crises and the business world was turned upside down. While coup-like interventions in the media and the rule of law have been stealing the show in recent months, no one has dared to speak of similar tampering with the economic sector.

Despite the fact that current generation did not experience the coups of 1960 and 1980, I thought no one would want to return to those days, given the accounts of those tragedies. When the military tutelage was taken under control, I even started to assume that Turkey would never see a coup again. But now I realize I was wrong. Now I know that there are numerous types of coups and current generation knew only a few of them. Recent practices regarding the judiciary, the bureaucracy and the media are no different from those we would see in a coup era. Oddly enough, this fact is not readily understood by the general public. The primary reason for this is that ordinary people have yet to experience the economic consequences of the crisis. Most people may not find themselves in a financially difficult position, but according to the talk among businessmen, the pressure put on the business world has already exceeded the pressure applied to the media. McCarthyist practices that have allegedly been haunting the media and bureaucracy in recent months have crept into the business sphere. Many businessmen, civil society organizations (CSOs) and charitable organizations are being warned, threatened or pressured due to their support for or affiliation with certain social groups. These pressures may come from different sources, but the element of threat is common to all of them.

Despite the fact that they have been making positive contributions to employment and overall production in the country, paying taxes and investing in projects that boost social welfare, many businessmen are under serious pressure. It comes from party members, high-ranking security bureaucrats, district and provincial governors, deputies, Cabinet members, etc. The purpose of this pressure is obvious: to force these businessmen to withdraw their support for certain CSOs by intimidating them about their commercial interests. These businessmen are then often further forced to give support to pro-government CSOs.

One comes across hundreds of such cases in the field, but I will give just 17 examples below. I am specifically refraining from naming the companies and businessmen as I don’t want those who are already facing unbearable pressure from the government to be put under the spotlight to their detriment.

2. After refusing to comply with a similar threatening suggestion, auditors from the Finance Ministry arrived at a company that has made significant contributions both to charitable organizations and to a city in one of the western provinces. The first thing the auditors asked for was “documents showing the sums paid to charity.” The audits are still underway.

3. A minister said to the boss of a famous holding company in Anatolia, “Are you with us or with the Community [another name for the Hizmet movement]?” The businessman replied, “I have been with you and with Fethullah Gülen [the Turkish Islamic scholar who inspired the Hizmet movement] and with other religious communities and charitable associations and everyone who provides the country with good services for more than 40 years.” But the minister asked him to choose a side. The businessman discussed the matter with his family and each family member had a different reaction.

4. In an eastern province, some deputies from the same city phoned a famous local businessman. “You tweet against the government. If you don’t stop tweeting like this, we cannot prevent you from being hurt, although we like you,” they said, in a threatening manner.

5. A minister made a threatening phone call to a businessman who is known to support the Hizmet movement. “The prime minister is very unhappy with your attitude. Watch your step,” he told him.

6. Consultancy bills that belonged to a minister were sent to one of the country’s largest conglomerates. They paid the first bills, which were related to the organization, education, providing services, seminars, etc., thinking of it as a contribution to the country’s development. Then, bills for personal expenditures were also sent. The firm didn’t pay them. It was then told: “If you don’t pay them, you will be at odds with the minister. It will be a nuisance.”

7. In Thrace, the head of the ruling Justice and Development Party (AK Party) local organization phoned several businessmen, urging them to “quit their membership with the Turkish Confederation of Businessmen and Industrialists (TUSKON), as the fate of that organization is not clear.”

8. In a city in Thrace, a senior intelligence officer visited the home of a businessman who had sponsored the construction of a student dormitory. “If you continue to support that charitable organization, this will not do you any good,” he threatened the businessman. The businessman replied: “I sponsored a dormitory. Now that you took the trouble of visiting me at home, I promise to sponsor another dormitory.”

9. Seeds of dissent were sown among the partners of a big corporation. One partner was forced to accept projects that did not comply with the corporation’s vision as a result of government pressure but other partners didn’t want to change their stance. This led to the loss of precious synergy within the company.

10. If you miss auditors and if you want your company to face unexpected audits for months and heavy fines at the end of these audits, the solution is simple: just talk to reporters about the country’s economy. Or you can make remarks during trade conferences. Any businessman who does this can expect trouble and extensive audits.

11. Firms that have business ties with the state or that need to obtain or renew state licenses are not eager to raise their voices. They are afraid they will not be able to survive if their licenses are revoked or not granted.

12. Businessmen who seek to obtain loans from a state bank are categorically asked, “Are you a member of TUSKON?” Many businessmen have complained about this question.

13. Auditors from the Social Security Institution (SGK) paid an unexpected visit to a company that is close to the Hizmet movement, but they failed to find any irregularity at the workplace. However, they nonetheless issued a fine that amounted to TL 30,000 saying that workers who had just been sent by the Turkish Employment Organization (İŞKUR) were being employed unlawfully. The businessman objected to the fine, but the auditors said: “There is nothing we can do; we are doing as we were told.”

14. A senior police chief said to the brother of a senior manager of a businessmen association close to the Hizmet movement: “Tell your brother to resign from that organization. An operation will soon be launched. He may get hurt.”

15. District and provincial governors act as the representatives of certain business associations that the government tries to promote in locations where they don’t have a branch. Some district governors force TUSKON members to quit the association and become members of pro-government associations.

16. Contractors and subcontractors who have business ties with the state in the construction sector are in the tightest spot. The pressure on them is so great that they don’t want to talk about it.

17. Even leading companies in the construction sector are treated as under-the-table firms. Auditors extend their audits even after the official work has been completed.

These businessmen opt to remain silent for the sake of peace in the country. But, “If the pressure continues or becomes unbearable, we may have to speak up with support from professional organizations,” one said to me.