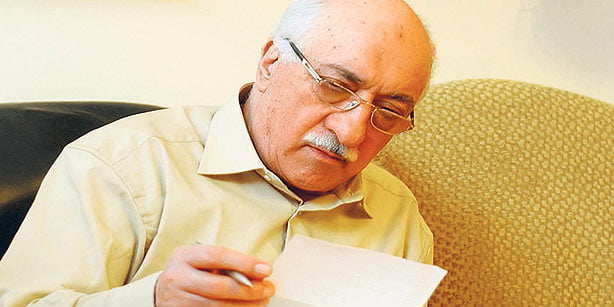 In a message of condolences released through the Journalists and Writers Foundation (GYV), of which Gülen is honorary president, it was said that the ferry disaster had not only saddened Korean but whole world. Gülen wished patience to the families of those who got killed and quick recovery to the ones who got injured in the incident.

So far 29 bodies have been recovered since Wednesday’s disaster off the southern South Korea coast. More than 270 people are still missing, and most are believed to be trapped inside the 6,852-ton vessel.

Many of the missing are children from a school on the outskirts of Seoul and hopes are fading that any will be found alive.

Parents of the missing schoolchildren blamed the ship’s captain for the tragedy after he and shipping company officials made emotional apologies for the loss of life.

Some also heckled South Korean President Park Geun-hye when she visited the site on Thursday.

Witnesses have said that the captain and some of the crew left the vessel while others instructed passengers to remain in place as it began to sink.

Relatives were in mourning overnight in a hospital in the city of Mokpo, close to the port city of Jindo, which is acting as a rescue centre. Some of them spoke bitterly of the captain.

“How could he tell those young kids to stay there and jump from the sinking ship himself?” said Ham Young-ho, grandfather of 17-year-old Lee Da-woon, one of the dead.