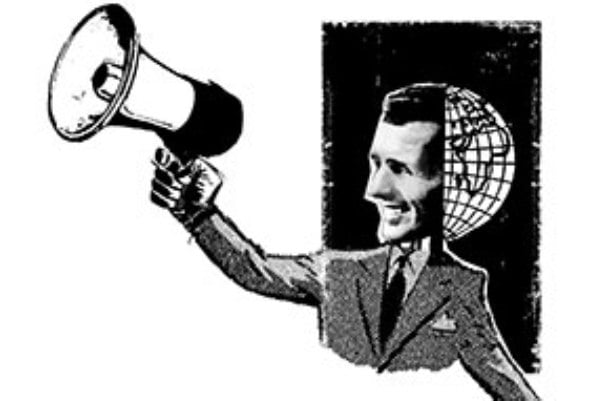 When a respectable theologian recently said, “The problem is whether these entities [religious communities] will knowingly or unknowingly become part of the intervention with Turkey,” this made explicit what has long been implicitly purported in recent debates.

This argument has implications concerning both my articles that appeared in Today’s Zaman and the Hizmet movement. As I do not intend to engage in any sort of polemics, I will try to clarify certain points in my capacity both as a person who supports the Hizmet movement and as a political scientist who has been studying it for 14 years from an academic perspective, and in doing so, I do not want to target anyone.

Let me put it at the start what I should declare in the end: There is a similarity between what was done on this TV program and the psychological warfare operation being waged against the Hizmet movement. According to this operation, the Hizmet movement is a global movement, and therefore, makes compromises with certain global powers, the Jewish lobby, Israel and the US and makes secret deals with them. This conspiracy theory portrays the Hizmet movement as an actor working to promote the interests of Israel and the US against the interests of Turkey, Iran and Kurds.

No statement that is binding

The distortions during the TV program in question are based on my article titled “Should the Hizmet movement form a political party?” that appeared on Feb. 10, 2012, in this paper. In this article, I, as a person who supports the Hizmet movement and as a political scientist who tries to analyze it from an academic perspective, tried to show how those people who argue that the Hizmet movement should establish a political party if it seeks to voice any comment or criticism about the ruling party’s policies actually know nothing about participatory democracy as well as the legal and legitimacy roles the civil society, pressure groups, religious groups, religion-based movements and even the churches that are hierarchically subordinated to a different center (Vatican, for instance) may play in democracies. During that TV program, a paragraph from my article was distorted and misused.

In that paragraph I had listed certain issues in which I believed the Hizmet movement criticizes the ruling AKP. This is the paragraph: “Hizmet has been critical of the government on issues such as Turkey’s tolerant attitude toward a probable Iranian nuclear bomb, the government’s fruitless fights with Israel, the Mavi Marmara incident, the failure of the Kurdish opening, the reluctance in challenging the Ergenekon terrorist organization, the prime minister’s futile fight with journalists, the near end of the EU process, the AKP’s suspected indifference to a new constitution and the suspected “Ankara-ization” (being influenced by conservative anti-democratic statist forces).” I would like to refer this article that appeared in Today’s Zaman about two years ago to the attention of those who say, “The Hizmet movement wasn’t critical of the government until the government announced its plan to shutter the prep schools.”

How my paragraph was distorted is clear, I want to make clarifications on some matters. First, I never said the government shouldn’t criticize Israel. I have published numerous articles criticizing Israel in Today’s Zaman. My usual argument was that Israel’s right to exist within the pre-1967 borders should be recognized while Israel’s ill treatment of Palestinians, who have the right to establish an independent state, is not acceptable. I always tell this to my colleagues, bureaucrats, ambassadors and journalists including those from the US whom I meet at different academic meetings. I even voiced and penned sharper arguments: By bombing ambulances and hospitals, Israel is terrorizing Palestinians. To say that I advocate a state that is described as apartheid even by former US President Jimmy Carter and that turns Gaza into an outdoor hospital is to be unfair, to put it lightly.

I also noted that it is a misguided strategy to invest our entire political and diplomatic energy in a confrontational relationship with Israel, a strategy that is unlikely to be productive given the current international conjuncture. And this is a position in which Arabs find themselves trapped. Indeed, I personally observed numerous times that when Muslim countries slammed Israel, Western intellectuals who were critical of Israel backpedaled from their position saying, “Israel is surrounded by enemies and we should be understanding toward it.” But should we keep silent in the face of injustice to become a mute devil? But did we raise our voices to criticize the massacre of hundreds of thousands of people in Chechnya, the slow assimilation of East Turkestan Turks (we were afraid even of allowing their leader to visit our country) or the ethnic cleansing in South Sudan? I invite everyone to ponder this question as well as the reasons for our indifference.

Not favoring one side at the expense of the other

Of course, Israel should and must be criticized. But we should calculate well if this will build a gap between us and the international community or if it damages Turkey’s interests. Moreover, we should not give the impression of favoring one side at the expense of the other one. Upon making these arguments, we are accused of working for the US and Israel. In many tweets, we are openly labeled as a “manservant of Israel.”

In the past, the military tutelage had made the foreign policy a security-oriented one, and it would not give politicians much room to maneuver. Now, we are given the message: “Everything politicians do is correct and anyone who criticizes them is a traitor working for external forces.” This attitude contradicts with democracy and freedom of expression.

As for the second demand that I allegedly made, it is really funny since the paragraph in question does not deal with this matter. I have never heard of any war waged by our government against the US. Therefore, my alleged call on it to come to terms with it is ridiculous. Already, NATO’s Patriot missiles protect us against the tyrannical Bashar al-Assad regime. Isn’t NATO’s İncirlik military base crammed full of US warplanes and weapons? Didn’t we permit NATO to establish a missile shield in Kürecik despite Iran’s objections? When Prime Minister Recep Tayyip Erdoğan was hosted by Barack Obama at the White House several months ago, all pro-government papers approved of this visit and covered the visit on their first pages, didn’t they? If an open and clear statement is made about how the government differs from the Hizmet movement regarding the US and NATO, a sound assessment can be made. I personally do not see any big difference other than some impractical assertions, voiced by Ergenekon supporters, such as “Let us join Shanghai Cooperation Organization (SCO) in order to get rid of the European Union.” So why is the Hizmet movement being attacked with some fictitious accusations?

As for my attitude regarding Iran, I never suggested that we should have bad relations with Iran. Rather, we should develop good ties with all our neighbors. Already, if Turkey can have good relations with any country, Hizmet can go there and establish schools there, and this is what they know best. Even in the early stages of the Syrian crisis, the Turkish government officials were uttering hostile remarks concerning the de facto autonomous Kurdish region in the northern provinces of Syria, but I wrote an article titled “Zero problems with neighbors” on July 27, 2012, that appeared in this paper and argued that we should defend the human rights of Kurds wherever they live and it is wrong for Turkey to give the impression of being against Kurds’ gaining more humanitarian and political rights in Syria.

Already, the government later came to adopt the same position with me. As for our ties with Iran, I wrote that it is wrong for the Turkish government to show unduly reliance on Iran and it was not a right move on the part of the Turkish government to rush to celebrate Mahmoud Ahmadinejad after the elections challenged by the Iranian opposition. I wrote that Turkish-Iranian relations should be like the Turkish-Russian ties. “It is wrong to give the impression of advocating Iran’s nuclear ambitions and to confront the West in this regard,” I wrote. My premonitions were justified when Iran sided with the Assad regime.

I am one of those who have unconditionally supported the Kurdish initiative from the beginning. I penned many articles in support of the Kurdish initiative. Already, the above-mentioned paragraph clearly states that the Hizmet movement criticizes the government for the failure of the previous process. This is a complete reversal of the facts. What the Hizmet movement did for the solution of this issue for many years is obvious and Mr. Gülen lent open support to the most recent initiative process saying, “Peace is in itself goodness”; therefore, it is unfair and a distortion of the facts to label the Hizmet movement as against the settlement process based on some criticisms voiced by someone regarding the problems in the process.

It is a reasonable possibility that this is part of the efforts to discredit the Hizmet movement in the eyes of the general public by portraying the Hizmet movement as against the settlement process, which is backed by the majority of the nation. Despite the fact that the country’s democratically elected government can be criticized in compliance with principles of participatory democracy, it is fallacious to market the criticisms against certain acts, attitudes or remarks as “hostility against the initiative process.”