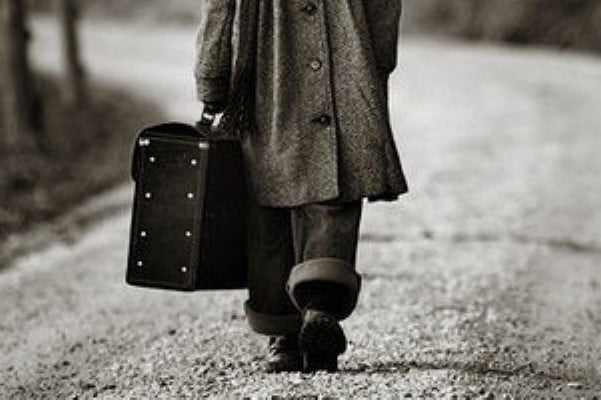 “Dad,” I called my father, with anxiety visible on my face, shortly after he had had minor surgery on Thursday. “I need to leave,” I told him, without even having a time to explain what had happened. I was the only relation by my father’s bed in an İstanbul hospital. I urgently called my sister to come, and left the hospital.

I rushed to my house, packed my luggage in 10 minutes — something unprecedented for a woman who is bidding farewell to her house indefinitely — and went to the airport to leave the country with my “unwanted husband.”

I told my husband — Mahir Zeynalov, a journalist with Today’s Zaman — that I need to phone my siblings and parents and let them know that I’m leaving the country. He told me to call when we arrive because the plane was about to take off and it was forbidden to make a phone call right now. Shaking my legs out of anxiety and a certain amount of fear, we arrived in Baku at noon on Friday. We were welcomed by, along with the Azerbaijani media, Mahir’s father, who was trying hard to hide his tears — tears of happiness for Mahir’s safe journey out of Turkey.

I’m now residing at the house of Mahir’s parents, sometimes realizing that I may never be able to live in the country where I was born and raised and where most of my friends live. I taught science classes in Chicago in few years back but was unable to work in public institutions in Turkey because it was forbidden for a headscarf-wearing woman to educate children. In previous elections, I fully supported the government of Prime Minister Recep Tayyip Erdoğan, convinced that he is a boon from God who could raise the profile of our nation and save us from the military regime that long oppressed us — we so-called second-class citizens.

It turned out that this same government exiled me, a full citizen of the Turkish Republic, from the land where I spent my childhood. It pains me when I remember that I may not be able to return to my homeland or spend time with my family and friends unless the government pardons “my husband’s crime.”

Without the consolation of my family, friends and thousands of others who have expressed sympathy (something I don’t think I deserve) towards me on social media or by sending me emails, this would truly be a painful part of my life. Being forced by a government you supported for a decade to leave your cherished homeland over a tweet posted by your husband is not something we face every day.

My troubled life with Mahir started several months ago, when I saw hundreds of pro-government Twitter users insult, threaten and accuse him of working for the CIA, Russian intelligence and Israel’s Mossad. I was deeply worried once when I couldn’t reach him for several hours, thinking that he might be kidnapped, beaten or arrested by police.

Most of the time, Mahir would keep worrying threats he received secret in the hope of not alarming me.

While I write these lines, I’m listening to Erdoğan speaking before a crowd of supporters in İstanbul’s Alibeyköy, a district where I used to live, bashing critical journalists amid the cheering applause of his fans. Never could I imagine that the prime minister would speak in my neighborhood while I watch him 1,500 miles away, longing for my home.

The state of democracy in Turkey has reached such a level that it is not even enough to be married with a Turkish citizen to be able to stay in the country. By getting married with me, Mahir had a right to be issued at least a three-year residence permit as well as permission to work. He would also have had the right to Turkish citizenship after a year and a half of married life. All these facts were ignored by the Interior Ministry and my husband was ordered to leave, directly affecting my life and career in Turkey.

I’ve been flooded with phone calls and messages of sympathy from friends around the world, many of whom I even don’t know. My little sister is asking me if I’m ever coming back and I’m having a difficult time answering in a way that will not be a lie but also not upset her.

Mahir and I are yet to decide where we will build the rest of our life. If we don’t stay in Azerbaijan, it will be another difficult issue whether or not I can get the visa of a country where Mahir might go to work. 15 months ago, we had a difficult time purchasing furniture, renting a house and building a life in western İstanbul. I now have to call my friends to cancel the rent of the house and build a new life either in Baku or somewhere else in the world.

What we saved from our little income, including my jewelry, was deposited in Bank Asya last month after a government-orchestrated plan to sink the private bank, known to be close to the Hizmet movement. The goal of our deposit was to help save the bank that has made a contribution of over TL 30 billion to the Turkish economy, and we did this alongside tens of thousands of voluntary donors, most of them low-income citizens sympathetic towards the Hizmet movement.

Having said this, we now have to build a new life with our little income. I’m sure God will help us find our way through this turbulent time and we will remember these days with pride in the future, if we successfully survive them.