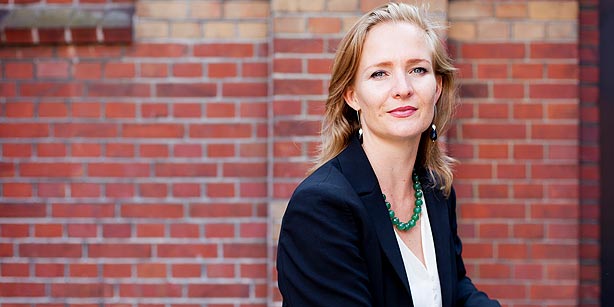 Ahead of Prime Minister Recep Tayyip Erdoğan’s visit to Brussels, Dutch member of the European Parliament Marietje Schaake, from the Democrats 66 party, has called for an independent international investigation into the rule of law in Turkey in light of the crisis in the country.

In a press statement released on Tuesday, Schaake stated: “The separation of powers is under immense pressure in Turkey and the rule of law is not upheld. This crisis also impacts the relations between the European Union and Turkey, because measures taken, such as political intervention with the judicial branch, are not in line with European rules. The independence of the judiciary has been a concern for Europe for much longer. I hope the current crisis in Turkey will be soon be resolved and that we can concentrate on the accession negotiations.”

The statement added that over the past month, politicians from the ruling Justice and Development Party (AK Party) have been accused of corruption and retaliated by accusing the judiciary of being infiltrated by supporters of the Hizmet movement with a hidden agenda.

Hundreds of police officers and public prosecutors have now been fired or removed from their files and Prime Minister Erdoğan has also accused the international community and financial markets of plotting against Turkey, Schaake said.

While Schaake remains convinced of the potential benefits of Turkish accession for both the EU and Turkey, the time has come to take a clear European stance against this unprecedented turmoil in Turkey, the statement added.

“My party has always emphasized the importance of a functioning rule of law, the separation of powers and respect for human rights in Turkey. The accession process can contribute to these principles, but the problems are now so immense that they need to be investigated independently. Because of the mistrust and polarization, an investigation led by an international committee of experts would have the greatest effect. The European Commission should propose this to Erdoğan and international partners,” said Schaake.

In response to the crisis, the Turkish government has once again cracked down on digital

freedoms, Schaake stressed, adding that “This is not the first time that freedom of speech, freedom of the press and digital freedom are being repressed in Turkey. These measures prove that the country is not full-fledged democracy yet.”

On Schaake’s initiative, digital freedoms are now an integral part of the accession criteria of the EU (Copenhagen Criteria). The European Parliament has called for the opening of the negotiation chapters on the rule of law and fundamental rights, but the member states have not unanimously supported take this step, the statement also added.