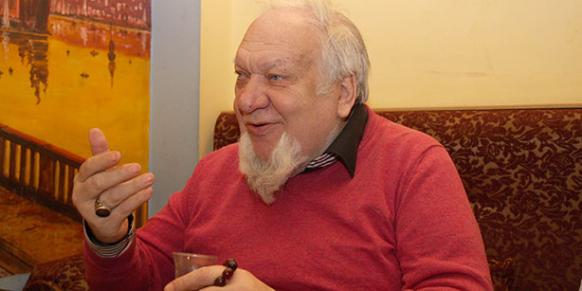 In an interview with Today’s Zaman on Tuesday, Ribakov, the former president of the Institute of Oriental Studies of the Russian Academy of Sciences, likened Gülen to Mahatma Gandhi in his efforts to bring peace to the world and said that it was “meaningful” that Gülen had been awarded the prestigious Gandhi King Ikeda Peace Award, past recipients of which include Nobel laureates Nelson Mandela, Desmond Tutu and Michael Gorbachev.

The Martin Luther King Jr. International Chapel at Morehouse College in Atlanta honored Gülen with the award on April 9 for promoting ideas shared by the world’s leading peace and civil rights activists.

“Gandhi led a lot of people who did not resort to violence and bloodshed. Gülen’s followers, who are bringing up a new generation in Turkey, Kazakhstan, Kyrgyzstan, India, Bulgaria and in other countries, follow a different method [for the same end]. They [teachers in Gülen’s schools] do not insist on manufacturing sympathy for Turkey on the part of the students. [Instead] there is a culture of being able to live together with other cultures and nationalities,” said Ribakov.

He also lashed out at the defamation campaign conducted against Gülen and his followers by some pro-government circles in Turkey, who defame the scholar by calling him a terrorist, leveling accusations that have no legal basis. “Gülen was among the first Muslims who criticized the terrorist attack staged in Beslan… He always stands against terrorism. The expression ‘A Muslim cannot be a terrorist and a terrorist cannot be Muslim’ was coined by him,” Ribakov added.

“It is not easy to disprove this kind of accusations… There is famous saying in Russia… When you ask about someone ‘Did someone steal his coat or was it him who stole someone’s coat?’ you associate that person with theft… Then, people begin to consider him a thief,” he said.

It was revealed on March 24 that Gülen has been named as the main suspect in an investigation into alleged cheating in a Turkish civil service examination, despite the fact that he has been living in self-imposed exile since 1999 and that there isn’t a shred of evidence to prove he has anything to do with the State Personnel Examination (KPSS). This move strengthens claims that such investigations are targeting the Gülen movement — also known as the Hizmet movement — as a part of a revenge campaign for corruptions probes that went public in December 2013, implicating four ex-ministers and close associates of Erdoğan.

To discredit the probes, Erdoğan has claimed that the Gülen movement staged the graft investigations in order to topple the government.

‘I’m concerned about the future of the world’

Ribakov voiced concern over the deterioration of global stability at present and shared his disappointment over the fact that the 21st century — which was expected by many to be more peaceful than the preceding century — instead began with the Sept. 11, 2001 terrorist attacks. “It is a frustrating to see that anything is still possible in the 21st century. Incidents that we thought to be things of the past are still taking place. It seems that there is no end to the issues in the Middle East. Ukraine has become a wound in the middle of Europe,” Ribakov said.

However, he expressed pleasure over the close relationship between Russia and Turkey. “Turkey acts cautiously in its policies towards Russia. Southern Turkey now receives a flow of 4 million Russian tourists [per year] and has become like [another province of] Russia. There will be also a gas pipeline built in Turkey [by Russia]… These are positive developments,” Ribakov said.

HÜSEYİN GÜLERCE I have been a guest of the esteemed Fethullah Gülen for one week. I am visiting not just as a friend, but as a journalist as well. Being here in this place as a writer is very exciting. You are in the same place, breathing the same air as this person who has […]