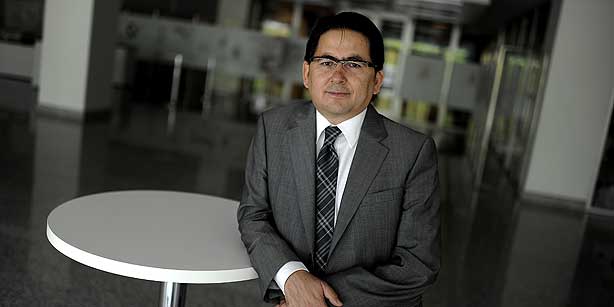 Turkey has been discussing an anti-al-Qaeda operation that was launched in Van over the last few days. More accurately, the operation is attracting attention because it involved the Humanitarian Aid Foundation (İHH). Some have even attributed the operation to the ongoing row between the government and the Hizmet movement.

If we look more closely, however, it becomes evident that we are missing the bigger picture and are unable to see the coming danger because we’re focusing on the details and ignoring the core issues.

Above all, it should be noted that even though an İHH office was searched, the İHH is not the target of the operation.

The police determined that some al-Qaeda members used the name of the İHH as a front for their activities; but the target of the police operation is İ.Ş., al-Qaeda’s number two in the Middle East. It was further detected that İ.Ş., who was captured in Van, had created a broad international network stretching from Afghanistan to Guantanamo, from Turkey to Syria and Somalia.

Items seized based on technical surveillance reveal that İ.Ş. is an important al-Qaeda leader. He leads an extraordinary lifestyle. He drives a luxury Mercedes. He wears no beard and is known as a philanthropist and sophisticated businessman. Within the organization, İ.Ş. is known as the “Turkish Louai Sakka” (Sakka was caught in 2005 in Antalya with 750 kilograms of explosives).

He traveled to Afghanistan in 2001. He served as commander of the Turkish fighters there. He was caught while traveling to Pakistan and sent to Guantanamo, where he stayed for two-and-a-half years. İ.Ş., who was then transferred to Turkey, has high-placed connections.

Reports indicate that the organization he formed in Turkey has been sending fighters to jihad areas for a long time. He was placed under arrest in an anti-al-Qaeda operation in 2008; he served six years and three months in prison; his file is still under review at the Supreme Court of Appeals.

According to some claims in the media, İ.Ş. deployed al-Qaeda militants in Syria and provided logistical support through the network he established in Turkey. It is also claimed that he used the İHH as a front for these activities. Technical surveillance operations also recorded crucial intelligence that could cause a headache for Turkey if given to other countries. The file also contains some other interesting details. But in brief, this is the situation surrounding the most recent operation.

Unfortunately, Turkey, even though it is not aware of it, appears pretty close to al-Qaeda in the American and Western media. The Western press stationed along the Turkish-Syrian border has done reporting to this effect. CNN International even broadcast images of fighters crossing the border unchallenged.

It is possible to give other details and examples. Reports in the American media on Hakan Fidan and the National Intelligence Organization (MİT), although discussed in a different context, are part of this narrative.

Since the beginning of the Syrian civil war, Foreign Minister Ahmet Davutoğlu has been stressing that any delay in Bashar al-Assad’s resignation increases the risk of empowering al-Qaeda and similar groups in the country. This is what is happening right now. Al-Qaeda, which has strengthened its presence in Syria, has become a pretext for Assad’s rule.

The al-Qaeda militants in Syria attracted a great deal of reaction because of their brutal actions, including beheadings and other inhumane acts. They put the opposition into a weak position because they fought the Free Syrian Army. Al-Qaeda became stronger as the Syrian opposition was weakened, and as al-Qaeda grew stronger, Assad consolidated his power, because the US and Europe, which worried that al-Qaeda would fill the void if Assad went, now view Assad as a better option.

Al-Qaeda, however, which now has a strong presence along the Turkish-Syrian border, is a huge risk not only for Syria but also for Turkey.

First and foremost is that Turkey is an easy target because of a lack of proper security measures. Attacks similar to the one in Reyhanlı are possible. Second, al-Qaeda’s rise in Syria puts Turkey into a delicate political position. Sadly, Turkey, particularly its intelligence agency, didn’t take al-Qaeda very seriously. For some time, Turks have been traveling to the jihad areas. But they were under strict surveillance. In recent times, information-sharing between intelligence agencies has become less popular.

Al-Qaeda, which used Turkey for as a transit point in the past, now has camps in Syria hosting Turkish fighters and commanders.

This poses a huge danger for Turkey. The physical presence of al-Qaeda is a huge risk; besides, the West now has the impression that Turkey is supplying personnel and equipment to the militants.

In fact, the most recent operation against al-Qaeda and the attempt to search an allegedly arms-laden truck in Hatay might have worked in Turkey’s favor in the runup to the Geneva II talks, which will play a crucial role in Syria’s future. These events could have created the image of a Turkey that is intolerant of al-Qaeda. However, the truck search was blocked and the police units and officers who conducted the al-Qaeda operation were reassigned.

We seem to think that when we close our eyes, intelligent agencies around the world do the same.

In this way, we contributed to our image as a country that supports al-Qaeda.

We are making grave mistakes.

(This article appeared first on Jan. 17 in the Bugün daily.)