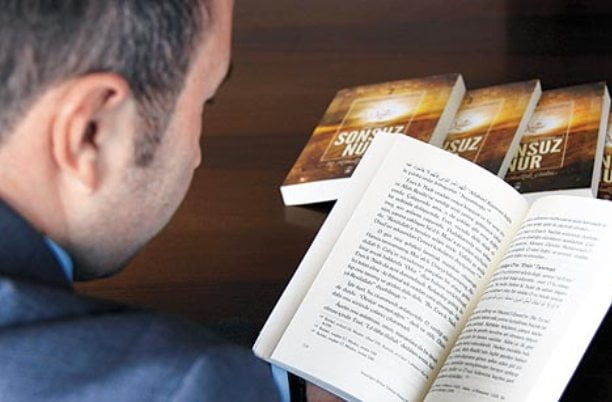 A nationwide campaign entitled “Everybody reads about him,” which was recently launched by Peygamber Yolu (The Prophet’s Path Association) in order to help the Turkish public acquire a broader knowledge of the life of Prophet Muhammad, continues to attract attention.

The campaign was announced in a press conference held at İstanbul Congress Center (ICC) a month ago. Representatives of Peygamber Yolu stated in their press release that the team came up with the idea while they sought for an answer to the question, “what should we do to better know and understand Prophet Muhammad?”

According to Ali Demirel, chairman of Peygamber Yolu, contemporary people are desperately in need of the peace that was widespread when the Prophet Muhammad lived. Demirel said that 40 academics, including himself, established the association with the aim of reviving this peaceful environment.

The website of the association (www.peygamberyolu.com) was set up to provide an accurate guide to the life of the Prophet, Demirel said.

With the “Everybody reads about him” campaign, the association aims to tell the public about Prophet Muhammad’s life, his moral values, his pacifist nature, what he achieved and what he went through during his efforts to promote Islam.

Selman Kuzu, deputy chairman of Peygamber Yolu, explained the campaign by saying that every Muslim should have a book thoroughly detailing the Prophet Muhammad’s life on their nightstands. “We want people to touch Prophet Muhammad’s life with this project. This year we are carrying it out in Turkey. Next year we plan to widen it to European countries, then we will target the Middle East and the rest of the world. Prophet Muhammad was sent to the whole of humanity. That is why we aim to reach out to everybody,” he said.

Kuzu said that anyone who wants to know and understand Prophet Muhammad from trustworthy sources can sign up for the project on the website www.herkesonuokuyor.com, and that the project offers examinations in three categories: middle school level, high school level and adult level. Middle school students will be tested from the book “Efendiler Efendisi Hz. Muhammed” by Rahime Kaya, while high school students will answer questions related to Reşit Haylamaz’s “Efendimiz” and adults will take an exam from “Sonsuz Nur” by M. Fethullah Gülen, Kuzu explained.

The exams will take place in various provinces between March 31 and April 12 for candidates, who will study one of the three books from Jan. 7 to March 24. Those who rank high in the exams will be receive a prize. Following the local exams, there will be a central exam across Turkey. The 63 most outstanding candidates will receive laptops, tablet computers, gold and Umrah trips as prizes. The results will be announced in April and rewards are planned to be distributed in May. Millions of people are expected to participate in the contest.

Meanwhile, several authors who wrote books narrating the life story of the Prophet Muhammad have expressed their views on the project. Osman Çalışkan, an author and teacher who wrote “Medine’nin Gülü,” said “This project, which is conducted all around the country, will act as a remedy to broken hearts. Whatever you do will be a small effort for the messenger of Allah. Every step taken on behalf of him deserves to be applauded.”

Çalışkan also suggested that as part of similar efforts to promote awareness of the Prophet Muhammad, popular television shows should feature sections from his life.

Reşit Haylamaz, author of the book “Efendimiz,” described Peygamber Yolu as a wonderful tool for introducing the Prophet Muhammad to millions of people, but added that there is still a long way to go.

Osman Kaplan, who writes books about the Prophet Muhammad for children, said: “Unfortunately, today’s youth does not know our prophet very well. However, for the last couple of years, contests and projects that emphasize reading about his life have helped cover up this gap to an extent. This is why this project is so meaningful.”

The writer of a book about Prophet Muhammad and women, Nuriye Çeleğen, described the project as vital. Many problems that occur in social life result from a lack of knowledge about the Prophet Mohammad, according to Çeleğen. “God willing, this project will be a milestone for informing more people about him. In addition to individual efforts, there should also be collective acts to achieve this,” Çeleğen added.