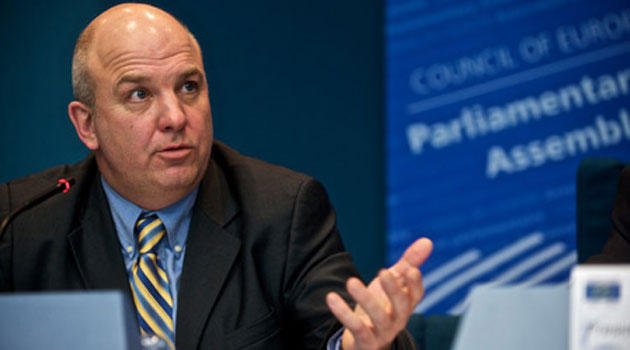 The Council of Europe’s commissioner for human rights has expressed serious concerns over a “hasty” judicial bill under which the government plans to change the structure of the Supreme Council of Judges and Prosecutors (HSYK).

“I am seriously concerned by the speed which these proposals are making their way to the Parliament. Anything that is affecting the impartiality and self-governance of the judiciary should be done in a very careful and measured way, [with consultations] not only domestically but internationally,” Nils Muiznieks said in an interview.

“The Council of Europe (CoE), my office and the Venice Commission have been very engaged. So we feel we have strong stake for what happens there. The substance of some of these proposals seems to be a large step backward,” the Latvian diplomat said.

The government had suggested that the HSYK be restructured so that it more closely resemble the Radio and Television Supreme Council (RTÜK), meaning the parties in Parliament would be given seats on the HSYK in proportion with their numbers in Parliament.

‘Leave it to judiciary’

“It is shifting powers from the general assembly of the HSYK to the minister of justice,” he said, noting that the CoE believes that issues under discussion such as disciplinary powers, the power to set the timetable, the composition of different sections of the body and the organization of its work were best left to the judiciary itself.

“There are clear standards by the Venice Commission on this. We think that this would not only affect the independence and impartiality of the judiciary but basically undermine confidence in it,” he said, adding that this was the core of amendments in 2010.

Muiznieks refused to comment on the influence of Islamic scholar Fethullah Gülen’s movement in the judiciary. “It is not really my role try to identify different groupings of individuals within the judiciary. What I am concerned about is that you went through a process of reforming the judiciary in consultation with my office, the Venice Commission and others. All of the work that has been done in recent years is now threatened … in a very quick and unclear process,” he said.

“If there is criminal behavior going on in the judiciary or anywhere else, of course that should be subject to criminal proceedings. But we were satisfied in large terms with the way the judiciary was being reformed with the constitutional amendments; we were also very pleased about the role of the HSYK in terms of complying with the European Court of Human Rights (ECHR) judgments as being importance performance criteria. The HSYK provides guidance to the judiciary on this because this was a major step forward in bringing the Turkish judiciary more in line with CoE standards. We were very pleased with that and we see these achievements are at risk. This is very concerning to us,” he said.
The commissioner also underlined the independence and impartiality of judiciary. “The independence and impartiality of judiciary are pillars of any democratic society. It is clear that if implemented, this would undermine the public trust in the judiciary,” he said.

According to Muiznieks, Turkey is sending mixed signals, starting with its response to the Gezi Park or June resistance and now proceeding with corruption allegations. “Turkey has been sending contradictory signals for a good time now. During my visit to Turkey following the Gezi events, we were expressing serious concerns over police violence in demonstrations. On one hand, you have democratization packages with very progressive elements being proposed, on the other hand, you have proposals that, if implemented, will seriously undermine the progress that was made for the independence of the judiciary. So, the picture is a mixed and contradictory one. We would like to see a more consistent and human rights-oriented image projected,” he said.