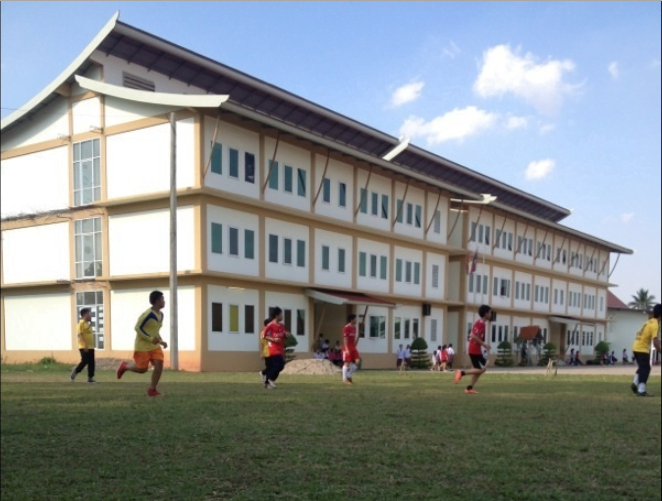 Minister Vongdara attended the science and technology festival, which was organized to encourage students to become involved in science at an early age, along with Lytou Bouapao, deputy minister of education and sports.

Deputy Minister Bouapao said that his son also studies at the Turkish Eastern Star Bilingual School where he receives a high-quality education. According to Bouapao, Laos Turkish Schools offer a combination of Eastern culture and Western education to their children. “It is a privilege to be part of this school,” Bouapao said.

The president of Laos Turkish Schools, Yılmaz Arı, spoke at the festival’s inauguration and said their students have prepared 25 science booths in the festival where they can explain their scientific experiments to visitors. Arı underlined that these science festivals will help their students compete in international science competitions and encourage them to represent their countries.

A Turkish state-run educational foundation has signed memorandums of understanding with 26 countries in Africa to take control of schools belonging to people from the faith-based Gülen movement. The Maarif Foundation is claimed to have been established to spread President Recep Tayyip Erdoğan’s Islamist ideology abroad.

Phnom Penh’s Turkish-run Zaman International School and its affiliated university have come under fire in the wake of a thwarted coup attempt in Turkey on Friday night, with Turkish authorities now hunting down supporters of Mr. Gulen around the world.