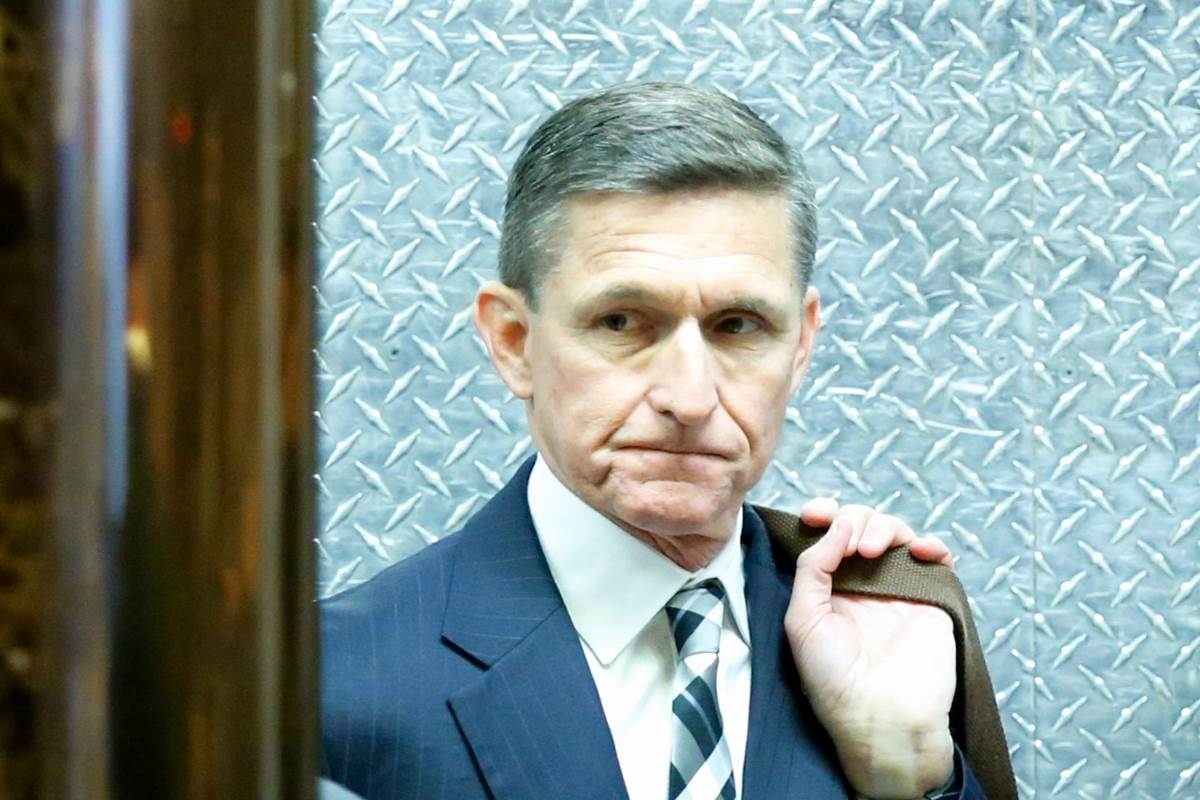 WASHINGTON—Special Counsel Robert Mueller is investigating an alleged plan involving former White House national security adviser Mike Flynn to forcibly remove a Muslim cleric living in the U.S. and deliver him to Turkey in return for millions of dollars, according to people familiar with the investigation.

Under the alleged proposal, Mr. Flynn and his son, Michael Flynn Jr., were to be paid as much as $15 million for delivering Fethullah Gulen to the Turkish government, according to people with knowledge of discussions Mr. Flynn had with Turkish representatives. President Recep Tayyip Erdogan, who has pressed the U.S. to extradite him, views the cleric as a political enemy.

Federal Bureau of Investigation agents have asked at least four individuals about a meeting in mid-December at the ‘21’ Club in New York City, where Mr. Flynn and representatives of the Turkish government discussed removing Mr. Gulen, according to people with knowledge of the FBI’s inquiries. The discussions allegedly involved the possibility of transporting Mr. Gulen on a private jet to the Turkish prison island of Imrali, according to one of the people who has spoken to the FBI.

The Wall Street Journal previously reported on efforts by Turkish officials to get Mr. Gulen to Turkey without going through the U.S. extradition legal process, an effort that included an earlier meeting with Mr. Flynn in September 2016.

The investigation is being handled by Mr. Mueller as part of his probe of Trump campaign advisers and Russian interference in the 2016 election, according to those familiar with the investigation.

The people who described the alleged proposal said they didn’t attend the December meeting and didn’t have direct knowledge from Mr. Flynn or his associates about its purported details. It isn’t clear how advanced Mr. Mueller’s investigation of the alleged plan to remove Mr. Gulen is, nor is there any indication that any money changed hands, according to those familiar with the discussions and the FBI investigation.

But federal investigators’ interest in whether Mr. Flynn was pursuing potentially illegal means to forcibly deal with Mr. Gulen indicates that the former Trump adviser faces another investigation stemming from his work on behalf of Turkish government interests, both before and after the presidential election.

Before entering the Trump administration as the president’s national security adviser, Mr. Flynn was lobbying on behalf of Turkish interests in the U.S., including on the Gulen issue. He didn’t disclose that work until March of this year, after he was forced out of the White House for misleading Vice President Mike Pence and other White House officials about conversations he had with the Russian ambassador to the U.S. Mr. Flynn served as national security adviser for just 24 days.

He is now facing military, congressional and criminal investigations into allegations that he improperly concealed his financial ties to Turkey and Russia, and into whether the ties played any role in his decisions as the president’s adviser, The Wall Street Journal has previously reported.

One person familiar with the alleged discussions about Mr. Gulen said Mr. Flynn also was prepared to use his influence in the White House to further the legal extradition of the cleric, who lives in Pennsylvania.

Mr. Gulen’s legal residency in the U.S. became a major irritant in American and Turkish relations during the Obama administration, and Turkish officials pressed for Mr. Gulen’s extradition so that he could face charges. Mr. Erdogan’s government has accused the clericof masterminding a failed coup and have called him and his supporters a terrorist network. Mr. Gulen denies both accusations.

The alleged meeting in New York in December, which came after Mr. Flynn was tapped as national security adviser, was a follow-up to an earlier discussion, on Sept. 19, where Turkish officials first raised the possibility of forcibly removing Mr. Gulen. That September meeting, held in a hotel and attended by former CIA Director James Woolsey,was reported earlier by the Journal.

Mr. Gulen’s removal was discussed as “a covert step in the dead of night to whisk this guy away,” according to Mr. Woolsey, who said he attended the meeting at the request of one of Mr. Flynn’s business associates.

A White House spokesman deferred all questions to a spokesman for the Trump transition process.

“We don’t have any evidence that such a meeting took place,” that spokesman said, referring to the December meeting. “And if it did take place it happened not withstanding the transition.”

At the time the plan was discussed, Turkey had been lobbying Obama administration officials for months to release Mr. Gulen to Turkish custody and wanted to avoid a legal extradition proceeding, according to a former official with direct knowledge of Turkish and American discussions. The Obama administration rebuffed those requests, the official said.

In Mr. Flynn, the Turks found a more sympathetic ear. Mr. Flynn wrote an op-ed published in The Hill on the day of the presidential election in which he praised Mr. Erdogan’s government and called the cleric “a shady Islamic mullah” and “radical Islamist” who may be running “a dangerous sleeper terror network” in the U.S.

“We should not provide him safe haven,” Mr. Flynn wrote.

Mr. Woolsey said he informed the U.S. government about the September meeting by notifying Vice President Joe Biden through a mutual friend.

The mutual friend confirmed to the Journal that he told Mr. Biden about the meeting. Mr. Biden’s spokeswoman declined to comment on the matter, other than to say Mr. Biden felt the Gulen matter should be handled through the courts.

Mr. Woolsey, who served briefly as an adviser to the Trump campaign, said he turned down a consulting fee from Mr. Flynn’s company because of what he heard at the meeting.

Federal records show that the company, Flynn Intel Group, was paid $530,000 for advocacy work that “could be construed to have principally benefited the Republic of Turkey.”

Federal investigators are currently looking at whether Mr. Flynn’s work on behalf of Turkey violated the Foreign Agents Registration Act, which requires people to disclose when they are acting in the U.S. on behalf of foreign powers, according to people with knowledge of the investigation.

Mr. Trump’s former campaign manager, Paul Manafort, has been indicted by the special counsel on charges stemming from his work for the former government of Ukraine, which he didn’t properly disclose to U.S. authorities, according to federal charges disclosed last month. Mr. Manafort’s attorney has entered a plea of not guilty on his behalf.

The Journal reported in March that Mr. Flynn had sought immunity from investigators probing Russia’s interference in the presidential election in exchange for his testimony. Mr. Flynn’s attorney, Robert Kelner, wouldn’t comment at the time on details of his discussions involving Mr. Flynn, but said “General Flynn certainly has a story to tell, and he very much wants to tell it, should the circumstances permit.”

Mr. Flynn, who was fired in 2014 as the director of the Defense Intelligence Agency, is a central figure in the sprawling special counsel investigation, which is examining whether Trump campaign or business associates coordinated with the Russian government in its efforts to steal private emails from political groups and campaigns and expose them publicly. Mr. Flynn’s contacts with the then-Russian ambassador to the U.S., Sergey Kislyak, have been scrutinized as part of that probe, according to people with knowledge of the investigation.

President Trump has denied that his campaign colluded with Russia. The Russians have consistently denied interfering in the election.