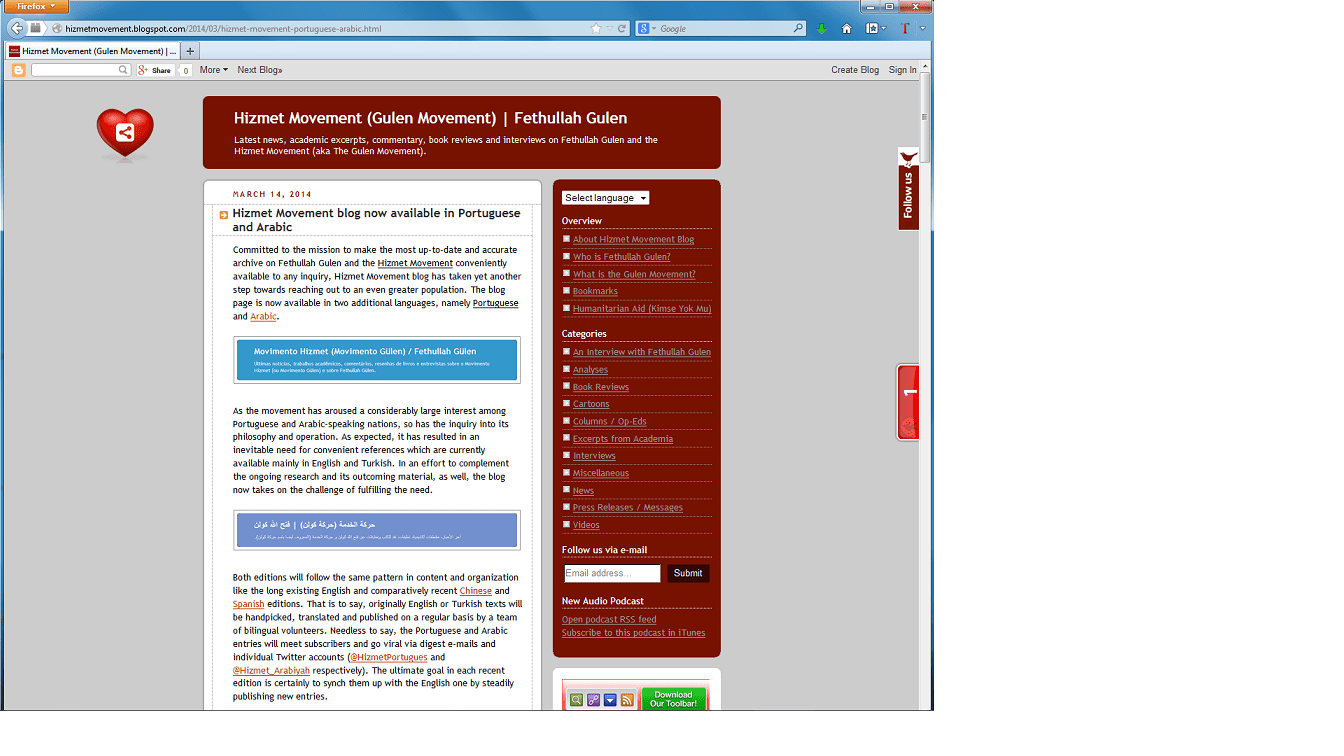 Committed to the mission to make the most up-to-date and accurate archive on Fethullah Gulen and the Hizmet Movement conveniently available to any inquiry, Hizmet Movement blog has taken yet another step towards reaching out to an even greater population. The blog page is now available in two additional languages, namely Portuguese and Arabic.

As the movement has aroused a considerably large interest among Portuguese and Arabic-speaking nations, so has the inquiry into its philosophy and operation. As expected, it has resulted in an inevitable need for convenient references which are currently available mainly in English and Turkish. In an effort to complement the ongoing research and its outcoming material, as well, the blog now takes on the challenge of fulfilling the need.

Both editions will follow the same pattern in content and organization like the long existing English and comparatively recent Chinese and Spanish editions. That is to say, originally English or Turkish texts will be handpicked, translated and published on a regular basis by a team of bilingual volunteers. Needless to say, the Portuguese and Arabic entries will meet subscribers and go viral via digest e-mails and individual Twitter accounts (@HizmetPortugues and @Hizmet_Arabiyah respectively). The ultimate goal in each recent edition is certainly to synch them up with the English one by steadily publishing new entries.

Once again, the blog affirms its appreciation for readers’ interest and feedback of any kind. You are more than welcome to join its efforts with your thoughts and comments in spreading the word to a greater audience.