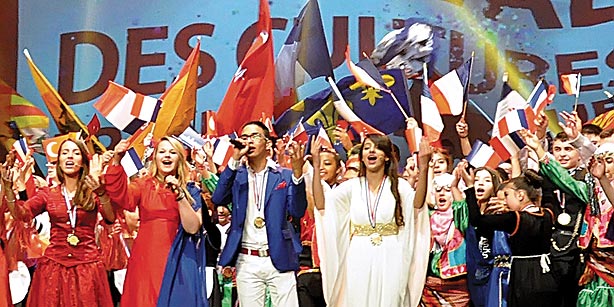 Republican People’s Party (CHP) parliamentary group deputy chairman Engin Altay said on Monday it is unacceptable to take a negative approach towards educational institutions that represent Turkey, its culture and values abroad and do not receive any financial support from the government.

“The Turkish government on the one hand spends millions of dollars to present our country and culture abroad but on the other, aims to block the same efforts of civil society,” Altay said. He noted the government’s previous praise for these Turkish schools, saying there is no reason for shutting them down or turning such schools into a target.

“Threatening some country leaders and offering bribes to shut down the schools [overseas] can only be seen in dictatorships,” he noted.

Oktay Öztürk, deputy chairman of the Nationalist Movement Party (MHP), said he is against the shutting down of Turkish schools overseas, which have become an international brand. He described Prime Minister Recep Tayyip Erdoğan’s orders to close down such schools and the Foreign Ministry’s action in accordance with his orders as unfortunate. “Erdoğan should control his temper and review his decision about the schools,” Öztürk said.

Former Foreign Minister Yaşar Yakış also criticized the government’s attempt, saying such schools have always been a “source of pride” for Turkey and that closing them down would be a big mistake

Former Culture and Tourism Minister Ertuğrul Günay also expressed his concerns over the closure of Turkish schools overseas, saying government leaders including Erdoğan and Foreign Minister Ahmet Davutoğlu have visited these schools and boasted about the quality of the education provided.

“I hope that the prime minister and the Foreign Ministry will review their attitudes towards the schools and give up their decision [to close the schools],” Günay said on Monday, adding he has personally witnessed the benefits of these schools abroad.

Davutoğlu has sent orders to Turkish embassies to take steps towards the closure of Turkish schools, according to many reports. The foreign minister has also defended instructions given to Turkish embassies and representations abroad to get Hizmet-affiliated schools shut down. Speaking to reporters on the sidelines of his meetings in New York, where he went to seek support for Turkey’s pursuit of non-permanent membership on the UN Security Council for the 2015-2016 term, Davutoğlu said the reason behind the orders was that a number of foreign civil society representatives had sent letters to officials in their countries in which they lodged complaints about Turkey.

When asked whether Turkish schools had sent those letters to foreign officials, Davutoğlu replied: “It was not the schools, but well-known civil society organizations and representatives from those institutions who sent the letters.”

“I wouldn’t say this if I hadn’t been asked but I mean the [Turkish] schools in the United States. … Some civil society representatives complain about their own countries by sending letters to foreign officials. Some foreign officials conveyed those letters to me. We have the right to question whom these efforts serve,” said Davutoğlu.

Hakan Şükür, a member of Parliament and former international football player, said in remarks on Twitter that it is quite obvious how the government, which is lobbying for the closure of Turkish schools, will take its place in history.

Underlining the contributions of the schools to Turkish language and culture, CHP Deputy Chairman Erdoğan Toprak described the attempt to close the schools as a mistake. “These schools also support Turkey’s lobbying activities abroad, and preventing [such support] is not appropriate for a prime minister,” Toprak said.

Peace and Democracy Party (BDP) Diyarbakır deputy Altan Tan described shutting down the schools as Turkey shooting itself in the foot. “The students graduating from these schools have paid off more in terms of effort than Turkey’s Foreign Ministry,” he noted.

In a written statement on Monday, Haluk Özdalga, a member of Parliament representing Ankara, said the government’s attempt to close down such schools will damage the country’s interests. “The government is acting out of a sense of revenge. The AK Party has no real reason to close the schools down.”

Recent reports say Erdoğan personally asked Kurdistan Regional Government (KRG) Prime Minister Nechirvan Barzani to close down Turkish schools in the autonomous region of Iraq during Barzani’s visit to Turkey in mid-February, according to sources close to the KRG prime minister. Erdoğan also called on the administration of Pakistan’s Punjab region to shut down its schools linked to the Hizmet movement.

Last month, parents of students at the Yavuz Salim Anatolian School in Kanifing, Gambia, received a letter announcing its immediate closure. According to reports, the national education authorities of Gambia reportedly sent a one-sentence letter to the principal ordering the school’s immediate closure, and the principal in turn sent a letter to all parents announcing the government’s decision to close down the school.