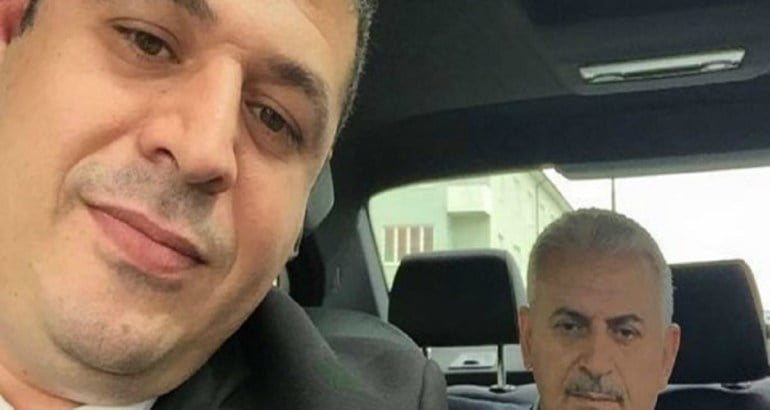 Sweden’s official radio station, Radio Sweden, has documented that Turkey’s government is trying to identify and track down supporters of the opposition Gülen Movement in Sweden.

Radio Sweden has obtained a recording of Özer Eken, chairman of a lobby organization with close links to Turkey’s ruling Justice and Development Party (AKP), attempting to strong-arm a member of the Gülen movement into providing information on other supporters.

“What I can tell you is that if you help the state, the state is going to help you,” Eken said in the voice recording, which Radio Sweden stated that it received from an anonymous source.

Eken claims to be a personal friend of Turkish Prime Minister Binali Yıldırım, and is chairman of the Union of European Turkish Democrats (UETD), AKP’s lobby organisation in Sweden. The UETD is known for its close affiliation with the AKP government.

In the conversation, Eken threatened the Swedish Gülen supporter that there would be reprisals if he did not give some concrete information on Gülenist activity in Sweden.

He told him that his name had been added to a list of regime critics and that he risked arrest should he ever visit Turkey. He also said that he could have his wife arrested in Turkey.

This is not an isolated case. According to Radio Sweden’s sources, other people working for the Turkish state in Sweden are involved in the mapping of government critics. This includes the Turkish embassy in Stockholm and imams working in Turkish mosques in Sweden.

Emre Oğuz, a former Turkish journalist, now working as a teacher in the south of Sweden, chose to speak openly: “The Imams (who are paid by the Turkish Directorate of Religious Affairs, Diyanet) must report about people who go to the mosque. I know that. I’ve talked to imams before the coup attempt. It was a special task for them. Imams who do not want to report are themselves reported. So now all imams follow directives from Turkey,” he said.

But after the coup, he said the reports have changed.

“After the coup the reports became more detailed and focused on all opposition groups. And now they write about people directly. For example, who is Emre, what does he do, who works with Emre?

He tolds Radio Sweden that the consequences of being reported are harder than before.

“Previously, Ankara nor the Diyanet (Turkish religious authoirty) used to do anything on the basis of these reports. Now though they are doing many things. For example, if there is a report about you and you go to Turkey, they can arrest you immediately upon arrival.”

Emre Oğuz is convinced that he is on one of the lists of traitors who would be arrested on arrival in Turkey. “Yes, absolutely. People close to the AKP have told me directly. They say they reported me to the embassy. If I go to Turkey, I am sure that they will arrest me and I will not be able to come back to Sweden.”

Ove Bring, Professor Emeritus of International Law at Stockholm University, said that Eken’s activities could qualify as refugee espionage.  “It’s against Swedish law, there’s no doubt about that,” he told news agency TT. “In addition, it’s against international law. It’s important to point that out. To have foreign agents on Swedish territory transgresses Swedish law.”

Swedish Foreign Minister Margot Wallström has called Ambassador Kaya Türkmen, Turkey’s envoy in Stockholm, and expressed Swedish government concerns over the profiling of the critics of Turkish government and espionage scandal on Tuesday.

It is not the first time that pro-AKP groups in an European country have been profiling the sympathizers of Gülen movement. According to a report by Süddeutsche Zeitung with the NDR and WDR television channels on Monday, Turkish National Intelligence Service (MİT) has prepared a list of 300 Turks and 200 schools, associations and organizations that are connected to the Gülen movement in Germany. The lists include addresses, telephone numbers and photos of the people.

MİT Undersecretary Hakan Fidan submitted the list to Bruno Kahl, the head of Germany’s Federal Intelligence Service (BND), during the Munich Security Conference last month. Kahl forwarded the list to the federal government and all security institutions, the report claims. After evaluation of the list, German experts concluded that most of photos were taken secretly by surveillance cameras.

The report also said German authorities have started to warn people who are on the MİT list. Both the intelligence agency and the police took on the responsibility of informing Gülen movement sympathizers about the MİT surveillance.

Last month the coordinator of DİTİB, Murat Kayman, announced his resignation over the charges. German police teams raided the apartments of four DİTİB imams in North Rhine-Westphalia and Rhineland-Palatinate who are suspected of acting as informants.

The Federal Public Prosecutor’s Office (GBA) said in a statement that the imams had acted on an order issued on Sept. 20 of last year by the directorate to profile Gülen movement sympathizers.

The Turkish government and President Erdoğan accused Muslim scholar Fethullah Gülen and the movement he inspired of being behind a failed coup attempt on July 15, 2016.

In an interview published in Der Spiegel magazine on March 18, BND head Kahl said despite efforts at various levels, Turkey could not convince Berlin that Gülen was behind the failed coup.

In response to a question on the Gülen movement, which has been designated as a terrorist organization by President Erdoğan, the head of German intelligence defined the movement as a civilian association that provides religious and secular education through a number of educational institutions.