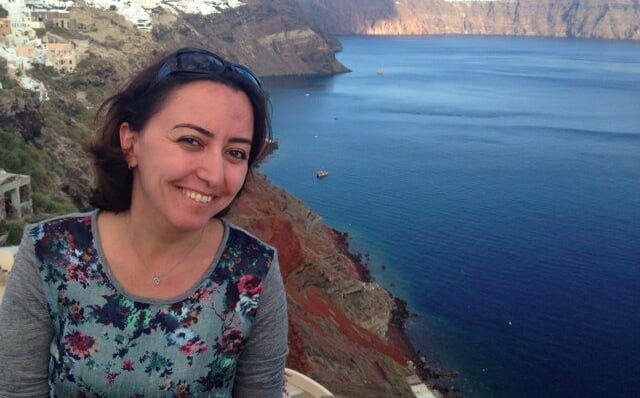 Turkey has been witnessing a shocking corruption probe in the last week. On Dec. 17, sons of three ministers were accused of being involved in the investigation that apparently has been going on for months. Public opinion was shocked when a money-counting machine was found in the interior minister’s house along with hundreds of thousands of dollars.

Although everyone is innocent until a verdict is made by a court, when the police found $4.5 million stashed in the shoeboxes in the house of the general manager of a public bank, Halkbank, the public opinion was almost convinced that there is something huge going on which is very difficult to explain. Why would a bank manager keep literally tons of cash in his house instead of depositing it in his own bank? According to his statements the money was supposed to be used in the construction of a religious high school in Anatolia! As pathetic as this “explanation” is, what is worse is the effort to seem innocent by means of referring to religious elements.

Unfortunately, not only the general manager, but the members of the government employed such tactics. Instead of discharging the ministers whose names were involved in the graft probe, Prime Minister Recep Tayyip Erdoğan argued that there is an international “plot” against his ministers and they trust in God! What does a concrete corruption investigation have to do with God? Why not simply let the police and judiciary do their own business rather than resort to “good old conspiracy theories”? Could it be because unfortunately a significant portion of Turkish people are ready to buy conspiracy theories and like to put the blame on “international forces” such as the US and Israel?

The government’s defensive position could have been understandable had it not removed the police chiefs who did the investigation from their positions, almost as a punishment. For days, the government and the pro-government columnists in the media who are eager to defend Erdoğan more than Erdoğan himself argued that the police engaged in misconduct because those chiefs did not notify their superiors about the investigation. According to the law, they have, or had, no requirement; the investigators were only accountable to the prosecutors. However, the government changed the regulation in a sudden move on Friday and made it compulsory for police chiefs to notify their superiors of all pending operations! In other words, in order to have a corruption investigation into the minister of the interior, the police have to notify that minister! Strange enough, such a clear interference in the judiciary did not even make news! Few critical newspapers covered the change, as pro-government papers remained blind to this act which makes the separation of powers even more ineffective in Turkey.

One other dominant theme of the past week has been the government’s desire to create the impression that the corruption operation was conducted by a “parallel state” and even “a gang within the state,” in a veiled reference to the Hizmet movement. The cheerleader types of columnists in the media were quick to work on this argument and propagandize against a ghost parallel state. What is the evidence of such a state or a gang? If there is a gang, why has the government not fought against it until the corruption probe? What are the police guilty of? Going after thieves? Was it the gang or the international forces that made the minister and his son talk about their dirty business? Was it the parallel state that made another minister accept a $335,000 watch from a businessman who is doing business with the state? The details of the allegations are just one Google search away.

The proponents of the parallel state argument indeed insult our intelligence. Without even mentioning the concrete evidence of corruption, they want to scare the public opinion by stigmatizing the Hizmet movement. On the one hand we see the tapes, videos, photos of corruption and piles of cash, on the other hand we hear comments telling about a parallel state that rules the police force and judiciary in Turkey. Oh, of course, to make the conspiracy theory even spicier, one should mention the foreign efforts to undermine the strengthening Turkish economy! Does this sound familiar? Yes, if you follow Turkey close enough, you should remember the interest lobby argument from the Gezi protests.

Conspiracy theories might traditionally be a good commodity in Turkey, but in the face of evident corruption, please just stop insulting our intelligence!

A woman, identified as B.D. was detained after police failed to locate her husband as part an investigation in to the Gulen movement, media reported Saturday.