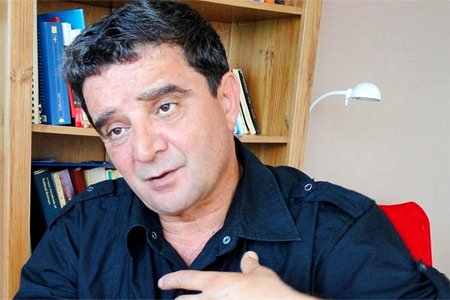 A fierce war of words is under way between well-respected Turkish Islamic scholar Fethullah Gülen and Prime Minister Recep Tayyip Erdoğan. Gülen accuses the government of trying to cover up corruption while the prime minister accuses him of attempting to secretly take over the state apparatus.

They take each other’s words or phrases and use them as ammunition for their harsh attacks. This harsh dispute, along with an ongoing corruption investigation, is perceived as a war between the ruling Justice and Development Party (AK Party) and the Gülen or Hizmet movement (the community). Which one is losing? Which one is winning? Everyone wonders. Objectively speaking, I can say that the government has messed up while the community continues unscathed.

The Gülen community is a movement of volunteers. The real reason for the row is not the community’s attempt to meddle in politics. It is due to its sheer size and public image. As he did with other groups or communities, Erdoğan sought to take full control of the Hizmet movement in an effort to consolidate his power. Following the defeat of the military tutelage, the government saw a convergence of power. However, the Hizmet movement was not a piece of cake which it could swallow easily. The government had previously purged itself of many bureaucrats who are close to the community. The recent prep schools debate — which broke out after the government’s plan to close down prep schools was disclosed — aimed to catch the community unprepared so that they would surrender. This, however, turned out to be an extremely miscalculated move on the part of Erdoğan as he failed to predict that the pressures he exerted on the community would turn into an open war in such a short amount of time. This war is currently being waged publicly and the government does not have a chance of winning it. Erdoğan is beating a dead horse. But as his current overwhelming power has clouded his judgment, it will take some time before he realizes that he has lost this war.

Erdoğan is deprived of the firm ground on which he builds his charisma. He cannot take steps to tackle the corruption claims. Rather he obsessively continues to protect the implicated ministers. One week has passed since the graft investigation was launched but in the meantime, he hasn’t done anything to assure people that he will deal with the corrupt politicians in an uncompromising manner. His remarks indicate his failing reasoning. He just tries to give the impression that he won’t step back at all costs. But this time, he is confronted not by coup perpetrators who seek to partner with the political power or social events like the Gezi Park protests. The public impression is that the prime minister is using all his power, charisma and prestige in order to cover up the fraud. Moreover, he is doing this by desperately bickering with a religious community and not with the opposition or a pressure group. On the other hand, the community’s stance does not rely on any interest but represents a conscientious call.

Everyone knows the Gülen movement is not a political movement. In Turkey, civil society organizations, businesses and the media seek to get along with the government in an effort to ward off potential threats from the state. The community is a civil society organization (CSO) of volunteers that invests its energy in education. It relies heavily on support from small- or medium-sized enterprises. If it had been an organization which is seeking to take over the state, as the prime minister argues, it would have advised its qualified members to seek employment in public institutions rather than telling them to work in thousands of schools abroad. Furthermore, virtually none of the big corporations that are close to the community have any economic ties with the state. In short, the community’s approach to the government is not guided by its interests.

The war is over and the community has won this unbalanced war. As a matter of fact, no other outcome could be expected given the fact that the confrontation was between a political camp torn by tornadoes and clashes of interests and a community camp built on values of belief, loyalty and service. The AK Party is still in power and it will take some time before it can realize this bitter defeat when the reactions of the public become clearly apparent.