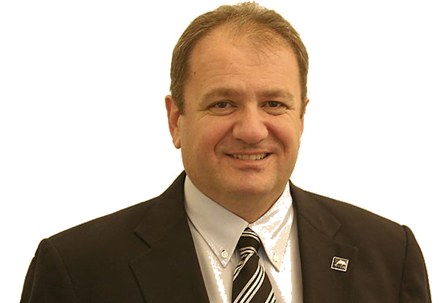 Liberal Democrat Party (LDP) leader Cem Toker has claimed that he was asked by a pro-government newspaper to speak to the paper about the existence of a parallel state in Turkey so that his statement could be published in a headline story on the front page.

Toker called the request an “indecent proposal” and said that he immediately rejected the offer.

“They said I would make the headline story of the newspaper if I agreed to speak to them about the existence and alleged activities of a parallel state. I rejected this indecent proposal. Let them keep their headlines and proposal,” the LDP leader said on Thursday, speaking to Today’s Zaman. The leader did not provide the name of the newspaper that he says approached him.

When a large corruption investigation was made public on Dec. 17, Prime Minister Recep Tayyip Erdoğan sought to discredit the investigation by calling it a “foreign plot” and an “attempt to damage the government made by a parallel state nested within the state.” Dozens of people, including businessmen close to the government and the sons of three then-Cabinet ministers, were detained as part of the probe. Twenty-four of them were later arrested.

Though he never openly stated it, it is widely acknowledged that the parallel state Erdoğan spoke of was a veiled reference to the Hizmet movement inspired by Turkish Islamic scholar Fethullah Gülen.

Since then, many reports that apparently seek to discredit the movement have appeared in a number of newspapers that are known for their sympathy with the government.

Stressing that the proposal shows the desperation of the government and the pro- government media, Toker said: “Thinking that we would break our rules shows their desperation. This situation also shows the worry of this government that disregards the rule of law. We were the last party in the latest election. They are so desperate as to come to us.”

Toker said that on principle he will not name the newspaper or the reporter who made the offer, but that it will not be difficult to guess when the latest news is covered.

Commenting on the allegations of a parallel state, Toker said that in democracies the executive, legislative and judicial powers are parallel powers that check each other. Toker maintained that the government, having control of the legislative branch, it is now trying to exert power over the judiciary.

“On one side of the executive branch there is the legislative branch and on the other side there is judicial power [in democracies]. Those three powers are parallel structures. It shows that they [the government and pro-government media] do not even know as much as the ‘d’ in democracy if they speculate about the judiciary being a parallel state when the activities of the judicial branch were contrary to the government’s interests,” added Toker.

Toker said the government is trying to create a judiciary under its control and that it is denying the universal values of the law. “Those responsible [for corruption] should pay the price before the law. Their indecent proposal, recalling a Michael Douglas movie, cannot save them,” said Toker.