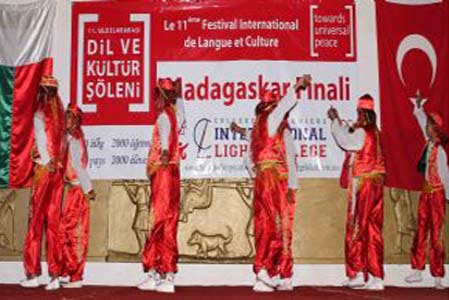 Turkish Ambassador Ahmet Ercument Enc said that International Isik School operating in Antananarivo functions like a cultural attaché and thanked the school’s administration and teachers for their service.

The principal of a Turkish school, Metin Okumus highlighted the mission the schools took on as he noted that they extend bridges of love between the two countries. He additionally said that their students’ interest in Turkish language is continuously increasing in which such organizations certainly have a significant role.