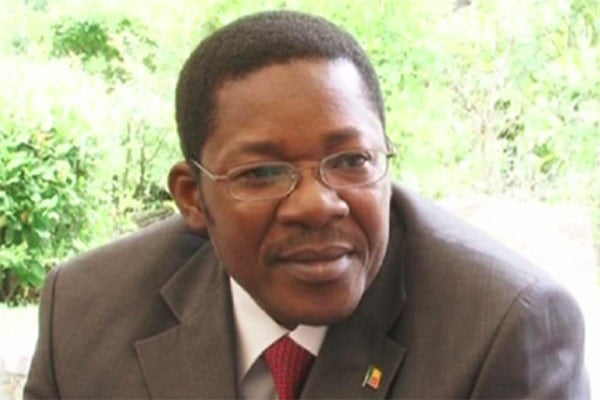 In an exclusive interview with Today’s Zaman, Benin’s Minister of Foreign Affairs Nassirou Bako-Arifari said the purpose of his recent visit to Turkey was to strengthen cooperation between the countries and to seek the benefits of the wide expansion of investments of Turkish enterprises.

Highlighting the fact that Turkish businesses have global operations and develop industries in the countries where they invest as well as create jobs, the minister stated that the objective of the visit was to see how to mobilize and convince Turkish businessmen to invest in Benin. “For a long time, we thought development could only come through public projects but it is clear now that private investments create wealth, create institutions to support a new generation and allow them to create enterprises. That is the direction we have to go,” he commented.

Responding to a question regarding how his visit went, the minister pointed out that both countries are on a growth trend; however, he underlined that there are countries like Turkey which have bigger and quicker economic growth. “First, we came to see and learn from the experience, to find out which methods, which sectors, which technology is used and what will offer resources and human capacity, which, when combined, will produce growth. We plan to take this experience and see how we can adapt it to our own system to increase our development.”

Bako-Arifari discussed the fact that Benin needs development in the energy sector, where it already faces a difficult situation. “We are here to talk with the Turkish government to get investments in the energy sector. Benin’s government is offering $300 million in loans and grants to invest in the sector. It plans to build a small dam with 130 megawatts of power in order to allow industries to start businesses in the country,” he said.

Recalling his meetings with the Turkish Confederation of Businessmen and Industrialists (TUSKON), some top-notch businessmen and his visit to the industrial zone of the capital Ankara, he announced that they are planning to organize an event called Turkish Economic Days in Benin where high-level Turkish authorities and many businesses are expected to attend to discuss how cooperation could be strengthened. He also said that Benin will be opening an embassy in Ankara within a month and that Turkey will open an embassy in Benin within three to six months.

In addition, he underlined that both nations have decided to sign an agreement for the protection and the promotion of investment which is scheduled to take place at the Turkish Economic Days event. Also, the minister emphasized that the Turkish school in Benin serve as a kind of a bridge between the countries and more schools will allow more people to share their culture and get closer. He noted, however, that technical higher education schools are also needed.

In the meantime, the minister provided details on the main sectors of Benin’s economy and stated, “Cotton is our main export, which provides potential for textile industry investments. We have trade agreements with the African countries and the US, so exporting there is easier. Any production in Benin can be freely exported to other African countries.

“Benin has also discovered many locations where there may be oil, and we are working with Petrobras and Shell. We plan to survey the entire country to see what minerals are available so there is room for investors in this area as well.”