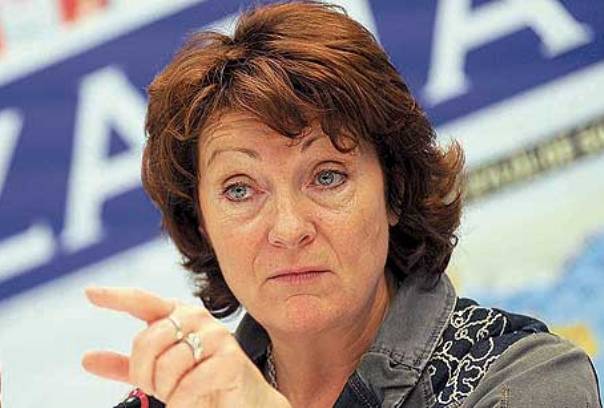 A prompt investigation was launched last week against Taraf and Baransu for reporting on a confidential MGK document that mentioned a planned crackdown on faith-based groups in the country.

In November, the Taraf daily published several confidential documents suggesting that the Justice and Development Party (AK Party) and the National Intelligence Organization (MİT) profiled individuals linked to some religious and faith-based groups. The party admitted the authenticity of the documents but argued that no action was taken to implement the policy prescriptions indicated therein.

On Thursday, however, the Prime Ministry, MİT and the MGK filed a joint criminal complaint against the daily and Baransu for revealing confidential state documents. The complaint immediately turned into an investigation against the journalist.

“Attacking the newspaper or the journalist who printed this news [about government profiling of individuals] is like arresting somebody who runs toward you and reports a crime. The journalist is told: ‘You are going to jail. It is you who is going to jail for revealing a crime.’ Certainly, this is obviously an inappropriate situation and is scandalous behavior. This newspaper reported something for the public’s benefit and it revealed a violation of duty at the end of the day,” Flautre told the private Cihan news agency in an exclusive interview.

She said the limits of activities about collecting information about the private lives of individuals are clearly set by laws and if these laws have been violated, then there is a need for extensive reform to establish a democratic control mechanism.

Baransu now faces charges of acquiring confidential documents crucial to state security, unveiling information that is forbidden to announce and political and military espionage. He may face a prison term of up to 43 years for the charges.

The European parliamentarian said she believes there is a serious censorship imposed on the Turkish press, which triggers self-censorship.

“As a matter of fact, when you take the consequences of the publications you make, you began to be more careful before you print them. This is definitively a worse situation. There is a need for the establishment of a structure that will clearly guarantee media freedom in Turkey. Politicians making accusatory statements about newspapers or journalists is not something that can be seen in deep-rooted democracies,” Flautre said.

Prime Minister Recep Tayyip Erdoğan on Saturday accused those who leaked secret state documents that included a covert plot against Turkish Islamic scholar Fethullah Gülen and profiling citizens of “treason to the homeland.”

Speaking to a crowd of supporters in the northwestern Turkish town of Tekirdağ, Erdoğan recalled the leaked confidential documents that the Taraf daily published last week and said: “I now see that some media groups are hand-in-hand. These groups couldn’t even come together until recently. Exposing state secrets is not freedom but absolutely treasonous to the country and homeland.”

She also said the launch of an investigation into Taraf and Baransu will definitely come to the agenda of the European Parliament during the talks on its annual report on Turkey.

Flautre also commented on the ongoing debate in Turkey with regards to government plans to close down prep schools that help students to prepare for standardized high school and university examinations.

Despite huge public opposition, the government is determined to go ahead with its plans and asks the prep schools to either turn into private schools or study centers.

“Perhaps you need to change the university entrance system. In any case, the latest PISA [Program for International Student Assessment] study shows Turkey has gone backwards in its rankings like France. This shows that there is a need for extensive reform in education,” she said.

Despite huge amounts of money allocated to the education system in recent years in Turkey, the country still lags behind among the member countries of the Organization for Economic Cooperation and Development (OECD), according to the PISA report for the year 2012. Turkey ranks 44th out of 65 countries in the newly revealed report.

The PISA report, which is the world’s most comprehensive education report, provides data to compare the rate of success in mathematics, physics and physical sciences of various countries. The report covers 400,000 students in 65 countries.

The failure of a constitutional commission in Turkey to come up with a draft text of a new constitution that would replace the country’s coup-era constitution was another issue Flautre focused on.

The parliamentary Constitutional Reconciliation Commission, which was tasked with the drafting of the new constitution, has recently been dissolved due its failure to come up with a text.

Flautre called the situation as being “beyond disappointment.”

“The commission gave the right for equal representation to all parties. Today, we see that polarization, instrumentalization and ill will from all parties terminated this process. For us, this is something beyond disappointment,” she said, adding that the political parties’ failure to reach a consensus on a draft text also shows the bankruptcy of the political system in Turkey.

When asked about some diplomacy issues such as Prime Minister Erdoğan’s proposal to Russian President Vladimir Putin to include Turkey in the Shanghai Cooperation Organization (SCO) during a visit to Russia last month as an alternative to Turkey’s EU membership bid, Flautre said Erdoğan’s statement made people in Europe smile, noting that Europeans have now got used to the Turkish prime minister’s “untimely” statements.

To another question about the prospects of extreme right-wing politicians such as Marine Le Pen and Geert Wilders getting better results in the upcoming European parliamentary elections and whether she has concerns about this, Flautre said there are serious social problems in Europe and the extreme right wing wins votes due to these problems.

She also said she does not think Le Pen will leave her French rivals behind in the elections.

“Social problems and the disappointment caused by political parties lead to this dangerous situation. At the same time, I see there are citizenship projects rising in every part of Europe. So Marine Le Pen will not dominate French politics tomorrow or anytime soon, I hope never,” she said.

KASHIF HASAN KHAN July 1, 2012 We often talk about revivalism in education system so as to change the direction of our young generation, who seems to have forgotten the very fundamentals. Undoubtedly, our leaders have played a vital role and contributed a lot to it, but we can’t live up to that forever; we […]