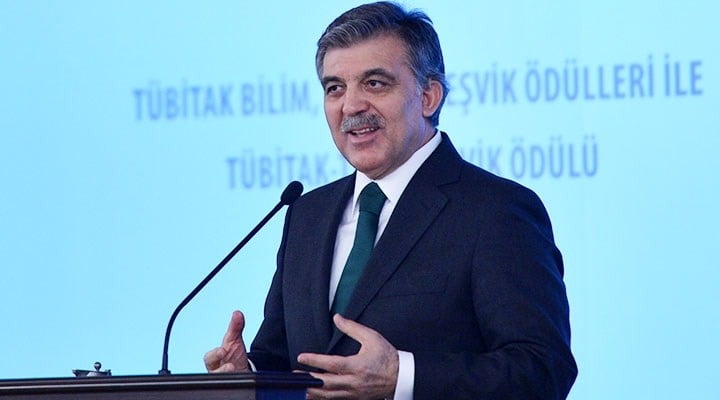 President Abdullah Gül calls for attention to be focused instead on 'more essential issues' than the prep schools debate.

In a bid to de-escalate a heated debate between the government and Islamic scholar Fethullah Gülen’s movement surrounding the future of private prep-schools, known as “dershanes,” President Abdullah Gül has called for attention to be focused instead on “more essential issues.”

“Development in scientific fields is permanent. The others are daily discussions, today there are more conjectural discussions in our minds,” Gül said on Dec. 3 in response to questions from reporters, refusing to give a direct answer on questions about the private prep-school controversy.

His remarks came as supporters of the Gülen Movement have cautiously welcomed the government’s decision to set September 2015 as the deadline for the “transformation” of prep schools into private schools, bringing down the heat in the ongoing row between the parties.

“Today, we are talking about yesterday. The other week, something else. If we were to have [the talk] then there are other issues. They are also passing by,” Gül said.

The president urged the reporters to give more space to scientific developments and not to get involved with “daily issues,” in response to insistent questions on the popular agenda.

“Everything is getting on track, as you see,” he said, in response to another question touching upon education’s quality and the popular agenda.

Just the earlier evening, speaking after a Cabinet meeting in his capacity as the spokesperson for the government, Deputy Prime Minister Bülent Arınç announced prep-schools would be given a time period of two years to convert their institutions into private schools, while denying that the move represented hostility toward the “Hizmet” (Service) movement of Gülen.

“We want to realize this transformation project. No one should perceive this as ill will against prep schools,” he said, speaking after the 7.5-hour-long Cabinet meeting on Dec. 2. He also claimed that some groups were seeking to incite a row between the government and the Gülen Movement.
Osman Şimşek, editor of herkul.org website that broadcasts Gülen’s speeches, posted his reaction on Twitter a few hours after Arınç’s announcement, expressing his partial satisfaction with the decision.

“If the statement isn’t denied in words or in practice tomorrow (as was done two times before) I found some issues, like the broadening of the ‘transformation’ process, positive,” he said, recalling that Prime Minister Recep Tayyip Erdoğan was scheduled to deliver a speech at his party’s group meeting one day after Arınç’s statements. Erdoğan had previously contradicted Arınç’s remarks, which caused resentment on Arınç’s side.

Şimşek asserted he agreed with the good wishes voiced by Arınç, but also stressed the democratic right claims shouldn’t be identified as “sedition.”

“People’s standing against different oppressions and using democratic rights according to rules is not sedition,” he stated, criticizing government’s attempts to attribute some third parties as the source of the row between the government and Gülen community.

In his statement, he also announced that Gülen had recorded a speech on “obstinacy,” but the release of the video, which was actually scheduled for Dec. 3, will be on Dec. 4.

Hüseyin Gülerce, a columnist for daily Zaman and a prominent figure of the “Gülen Movement,” also hailed the postponement of the decision through his twitter account.

“I think the tension will decrease from tomorrow [Dec. 3] on and the future of dershanes will be discussed on a healthy basis,” he said, a mistake that had been avoided.

“The exam system can be changed in two years. In the meantime the transformation study will go on,” he added.

The row between followers of the Gülen movement and the Turkish government that erupted due to government’s decision to abolish prep-schools took on another dimension after a daily revealed Nov. 28 that the government had signed a National Security Council (MGK) decision recommending an action plan against the Gülen movement back in 2004.

Although the government officials insisted the MGK decision had never been enforced, the document still added to the tension.

In his announcement on Dec. 2, Arınç denied that the government and the Hizmet movement were in confrontation, saying that such a confrontation would have “bad consequences” for Turkey.

He categorically refused to describe the move as the “abolition” of prep schools, instead describing it as a “transformation.”

“You can’t consider all private examination prep schools’ owners as part of the ‘Hizmet’ movement or community. The movement’s share among all prep schools is 22 percent,” he said.