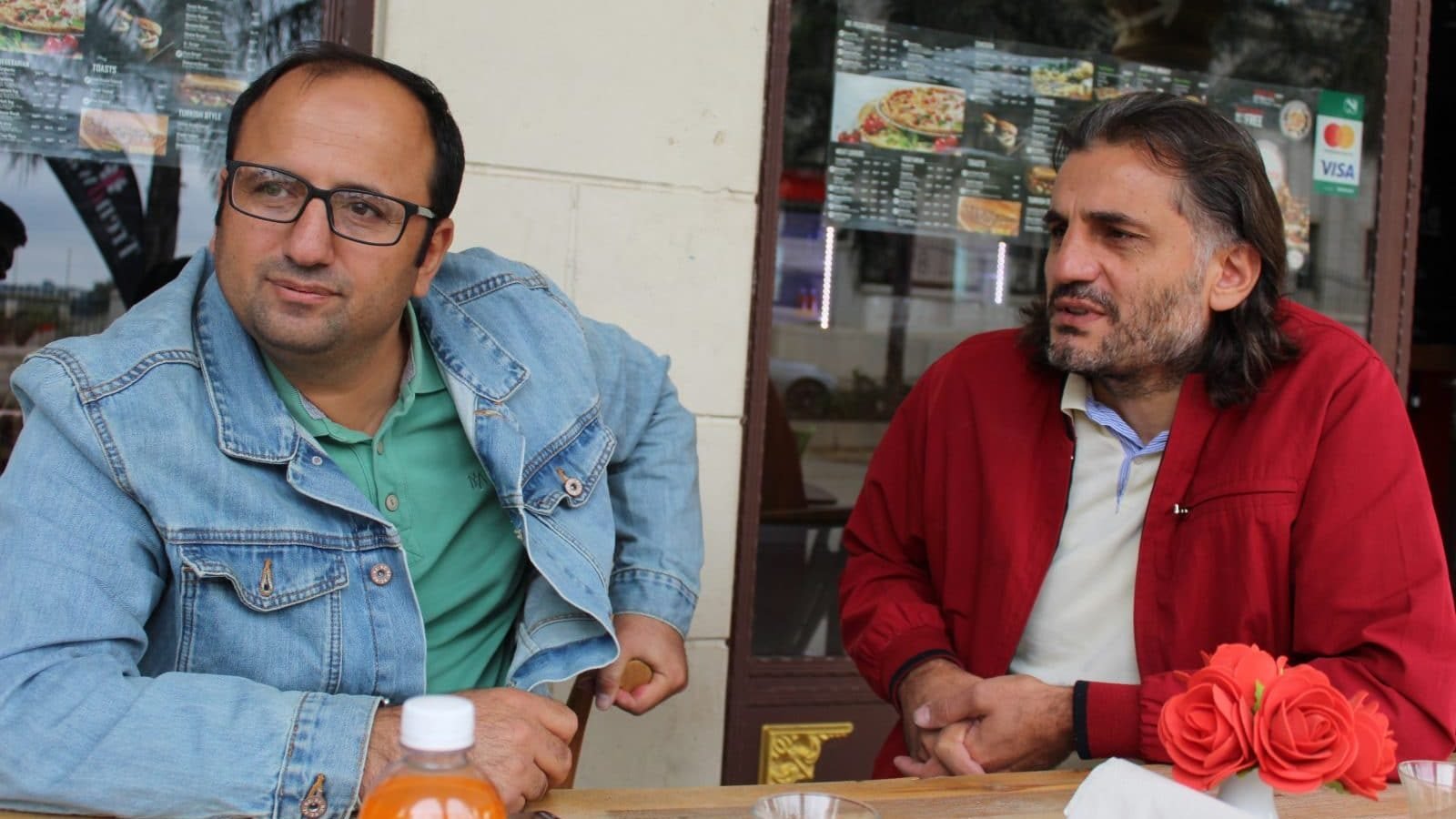 The Turkish regime uses every tool it has to persuade governments to deport suspected ‘Gulenists’ – but this approach has not proven successful in South Africa where dozens have taken refuge.

Since what looked like a badly executed coup failed to overthrow Turkish President Recep Tayyip Erdogan on July 15, 2016, the authorities in Ankara have embarked in a massive campaign of arrests with few precedents in the world.

Once a close ally of Erdogan in his quest to create a powerful political Islamic movement in secular Turkey, Gulen split with the President after the denouncing his government’s corruption and authoritarianism.

Since then, Erdogan has accused Gulen of creating a parallel state by planting his followers in the judiciary and other public institutions. Right after the coup, the President accused the US-based cleric of being behind the conspiracy – which Gulen has vehemently denied.

Turkey’s Interior Minister says the security agencies have jailed half-a-million alleged Gulenists since the coup. But Ankara’s persecution of those accused of plotting Erdogan’s violent removal has not stopped at the country’s borders.

Turkey has also demanded that the US extradite Gulen, and has made similar requests to governments all over the world, to send Hizmet members back home.

Pressure has been most intense in the Balkan region, which was once ruled by the Ottoman Empire that Erdogan reveres.

South Africa is the most robust democracy in Africa, and its independent justice system is not easily manipulated by foreign governments.

It is also one of the countries that Turkish citizens can enter without needing a visa.

That has made South Africa a favoured destination for many Gulenists fleeing Turkey to avoid arrest.

The Universal Rights Association, a rights organisation close to Hizmet, says some 300 Turkish exiles have reached South Africa during the last three years.

Around two-thirds have subsequently sought refuge in Europe or America, while about 100 have made South Africa their temporary home.

The Nizamiye mosque, near the highway from Johannesburg to Pretoria, is a popular meeting point for Gulenist exiles in South Africa.

Inaugurated in 2012, it is the biggest mosque in sub-Sahara Africa and it was financed by Ali Katircioglu, a construction tycoon and a follower of Gulen.

He chose South Africa after the US authorities refused to let him build a “this replica”? replica of the Selim mosque in the former Ottoman capital of Edirne there.

The Nizamiye mosque is surrounded by a school, a clinic and a commercial space with shops and Turkish restaurants, where the exiles drink red tea and plan their new lives.

The most prominent exile is the journalist and philosopher Turkmen Terzi who came to South Africa in 2009, after being posted to India and Sri Lanka as a correspondent for the Hizmet-affiliated news agency Cihan.

Terzi lost his job in 2016 when Erdogan shut down Cihan and its sister publication, the Zaman newspaper, which Ankara deemed part of Gulen’s “FETO”, or “Fethullah Terrorist Organisation”.

Shortly after the coup, the ambassador told South Africa’s public radio that Terzi was part of a terrorist organisation and had blood on his hands. He faces a certain arrest if he returns home.

He also fears travelling to other African countries, as he might be arrested there and deported to Turkey.

The Turkish authorities have been more successful in lobbying some governments in Africa to act against Gulenists in their territories.

That applies especially to the poorest states on the continent. Guinea, Somalia, Sudan, Congo, Mali, Mauritania, Niger, Tunisia, Senegal and Chad have all seized schools linked to Hizmet, even though they have provided free education to tens of thousands of children.

Some of these schools have been closed. Others have been handed over to the Maarif Foundation, an institution created by the Turkish government that is taking over sequestered Gulenist schools.

Gabon and Sudan have both handed over Turkish nationals with ties with Hizmet to Turkey.

Experts say Erdogan has used his influence in the Muslim world, and promises of much-needed investment, to persuade governments to detain and deport those he labels terrorists.

Speaking to the local Muslim community during his July 2018 visit to South Africa, where he took part in a BRICS Summit, Erdogan compared what he calls the FETO with Daesh, Al Qaeda and the Kurdistan Workers Party, PKK.

He urged South African Muslims to be “vigilant” about the Gulenists. “We are aware that FETO is trying to attract Muslims in South Africa, especially through educational institutions,” he said, accusing Hizmet of using “incentives like education, charity and dialogue to infiltrate” the Turkish state “for 40 years”.

Unlike the fragile governments in Somalia, Gabon or Sudan, South Africa has not succumbed to Turkish pressure, and remains a haven for Turkish exiles.

Persecution in South Africa is limited to a boycott imposed by Turkish embassies and consulates, a minor inconvenience when compared to the risks they face in other African countries.

But it is still a headache. Several Turkish exiles told Balkan Insight that the embassy refuses to offer them any services, starting with renewing their passports. Those whose passports have expired cannot travel outside South Africa.

Because of its modern political views and the influential positions its members have assumed in society, Hizmet is sometimes compared to Opus Dei, the conservative lay Catholic movement that espouses deep involvement in the workplace and society.

Among its members in South Africa are lawyers, teachers, professors, successful businessmen and promising young students. Most have had to start a new life from scratch, in a language they don’t know and in a country far from home.

They have left behind families, money, properties – and painful memories.

Huseyin Ozdemir, 34, is a businessman who has been involved with Hizmet since the age of 17.

He regularly contributed to the movement with donations and fled from Turkey after the authorities seized the hotel he owned one week after the coup, claiming that his company was sponsoring a terrorist organization.

The government has since shut down all his businesses back home. He now runs a restaurant near the mosque. His children have remained in Turkey with his former wife, who supports Erdogan’s ruling Justice and Development Party, AKP.

Erdogan’s purge of Gulenists is not limited to those allegedly involved in the coup attempt.

As in the old Soviet system, there is persecution also “by association”, exiles interviewed by Balkan Insight said.

“We are persecuted for what we think, not for what we do,” one young professional who has found refuge in Johannesburg told BIRN.

He and others say that merely having family members in Hizmet, or using Bylock, a smartphone communication app popular among the Gulenists, or having an account with the Hizmet-affiliated Bank of Asia can land you in jail.

One law student who is the son of a prominent Hizmet member was arrested in 2017 for using Bylock, and for receiving money from his parents through the Bank of Asia. After 11 months in prison, he fled Turkey and resettled in South Africa.

He has since found out the Turkish courts have handed him a seven-year prison term for terrorism.

Gulenist businessman Nevi Gozur says he has been denounced as a terrorist for the charity work his family does with Hizmet in exile.

“They say even my wife is a terrorist, for giving food to the poor, but we won’t renounce living according to our values,” he said.

He had to barter away his properties in Turkey to escape arrest and scrape together the money to start a new life in South Africa.

Another exile on the blacklist in Johannesburg is former lawyer Kenan Fazlioglu, whose wife is a daughter of Gulen’s niece. He reached South Africa with his family after short stops in Morocco, Uganda and Egypt, where they feared they could be extradited.

Fazlioglu had to put an end to his successful career in law, and is now studying English, trying to find his feet in his new homeland.